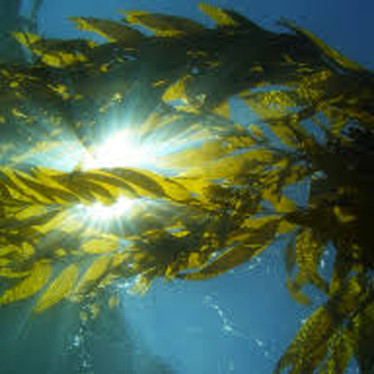 New Zealand’s Marlborough Sounds are home to some of the cleanest ocean environments on the planet and it is here where the highly nutritious seaweed Undaria pinnatifida (also known as wakame, brown sea weed and sea mustard in the UK) grows wild and abundantly.

Endemic to the coastlines off the Asian sub-continent, particularly the Japan Sea, wakame is considered a highly invasive species everywhere else. The brown sea weed has migrated to all corners of the Earth, arriving on coastlines from the Mediterranean to California and Argentina in recent years.

A Staple Food in Asian diets

Wakame is eaten regularly in Japan, China and Korea. It is boiled in soups and due to its salty flavour and high sodium concentration; it is used as flavouring and as a salt substitute for many other dishes.

Some people also eat it as a snack between meal times.

Leaching from soil erosion has resulted in soil all over the world being low in iodine. As a consequence of this, all of our nutritional iodine is being sourced in our oceans.

Insufficient dietary uptake of iodine has resulted in over 30% of the world’s population being iodine deficient and iodine deficiency is a major culprit for preventable brain damage.

Wakame is a great superfood. It is considered one of the best sources of dietary iodine out there and iodine is essential for proper thyroid functioning. When the thyroid isn’t functioning properly then the whole system gets out of whack. Literally every organ in the body is dependent on the thyroid.

Compared to other foods, Wakame is exceptionally high in iodine, magnesium, fucoxanthin (great at stabilising the metabolism and regulating glucose levels) and fucoidan (anti-carcinogenic).

Even though it has such a high concentration of nutrients, Wakame is surprisingly low on calories, with only 13 per 30 grams of raw seaweed. It is also high in sodium, and tastes salty, making it a great substitute for salt, in cooking especially.

Wakame is Beneficial for Post-Pregnancy and Weight Management

In Korea it is customary to feed women wakame soup after they have given birth precisely due to its high calcium and iodine content – two valuable elements for women who have just given birth.

Recent studies from Hokkaido University in Japan have shown that the compound fucoxanthin isolated from wakame plays a significant role in helping to burn fatty tissue – which means that it may be useful for weight loss. The studies showed that fucoxanthin helped adults avoid excess fat accumulation. This research has been so promising, that the active ingredient is being trialled as an anti-obesity drug by several pharmaceutical companies.

Harvesting Wakame is Good for the Marine Ecosystem

Again, wakame is considered a highly invasive species in New Zealand, it can grow up to 5 cm a day. Wakame has been shown to affect native kelp distribution, as well as clogging up the undersides of boats, and damaging other aquaculture activity like oyster farming.

By harvesting it, we are actively supporting the sustainability of the New Zealand marine ecosystem.

BioBalance Wakame is harvested from the Marlborough Sounds at the top of the South Island of New Zealand. So buy purchasing this product, you are actively supporting New Zealand's marine environment.

Have you ever tried wakame? What was your experience with it? Have you got any recipes to share with us? Thank you..