6 Top Herbs For Stress And Immune Health In 2021 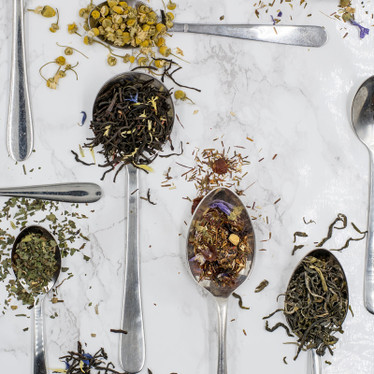 Feeling a little stressed or run down? The events of this year have taken their toll for many. Thankfully, with the help of high-quality herbs, we can support our stress and immune response to approach every day with a sense of calm.

Thyme: for respiratory support and a healthy microbiome

Most people are familiar with the use of thyme in cooking, but Thymus vulgaris has also been used in traditional healthcare since at least medieval times, when grown in monastery gardens because of its value. With its origins as a Mediterranean shrub, wild thyme loves a hot dry climate. Artemis research has shown the wild thyme growing in Central Otago is significantly more potent than European thyme, with levels of thymol, the main volatile oil, three times higher. Anyone who has been in the Central Otago area in the late spring and early summer can attest to the pungency of these plants!

What does thyme support?

Thyme is used to support the respiratory system and our resistance to bugs, and to soothe discomfort and support easy breathing when congestion is a problem. It encourages good digestive function, helping to sustain a beneficial microbiome, and also provides support to the urinary system.

Who is thyme suitable for?

Thyme is a plant suitable for the whole family. In Europe, where natural healthcare is regulated, in addition to adults, this herb is approved for use for children of all ages.

How should thyme be taken?

Because heat helps release thymol from the leaves, thyme works well as an inhalation to help clear congestion – simply take a handful of fresh thyme in a bowl and pour hot water over, cover your head and the bowl with a towel, and breathe in the steam for a few minutes. It can also be taken as a syrup, tincture or tea, and thymol itself is a common ingredient in throat lozenges. Frequent dosing with thyme provides valuable support when the respiratory system is fighting off ills and chills.

The name Thymus stems from the Greek word thymos meaning ‘strength’ and ‘to give courage’, indicating the plant’s invigorating and strengthening properties.

The elder tree, Sambucus nigra, has a long history of European use as food, in healthcare, and as material for tools. Seeds of elder have been found in archaeological excavations dating back around 17,000 years.

In New Zealand, elder is often considered a weed, as it invades disturbed habitats, competing with any native species. The distinctive smelling flowers and shiny black berries form in a flat umbrella-shaped cluster. Avoid eating the berries raw, as they can cause digestive discomfort, or even vomiting. Traditionally the berries were always cooked, and often made into a syrup.

What does elder support?

Who is elder suitable for?

Elder is suitable for anyone. Elder flower is an especially gentle herbal ally that is useful for supporting children’s health when bugs are going around.

How should elder be taken?

Elder berries can be taken as a syrup or tincture or even made into a jam. Elder flowers are delicious dried as a tea, or a tincture can be used. When fresh, the flower heads can be used to make elderflower fritters, cordial, or a fizzy ‘champagne’, but while these are delicious, any health benefits are unknown.

We are all familiar with pictures of English ivy, Hedera helix, climbing up the stone walls of old English houses, but it is not commonly known that ivy leaf has been used in natural healthcare in Europe since at least the 1st century, and probably much earlier. Here it is generally considered a garden weed, as it will grow almost anywhere and can completely smother ground-level plants as well as trees. European tradition considered ivy leaf particularly helpful for clearing mucus, and externally the crushed leaves were used against scabies and lice.

What does ivy support?

When we are congested and our lungs are constantly clearing mucus, we can find it hard to relax or concentrate. Ivy leaf encourages the clearance of mucus from deep in the lungs, soothing discomfort and supporting easy breathing.

Who is ivy suitable for?

Ivy leaf can be used by children from 7 years of age, and by adults of all ages.

How should ivy be taken? Ivy leaf works well in combination with other herbs that support the respiratory system, such as thyme. It is usually used in tincture form, and should be taken after food, as it contains saponins, which can cause irritation on an empty stomach.

Nicholas Culpepper, a famous 17th century English herbalist and physician, recommended wine in which ivy leaves had been boiled as a cure for a hangover!

Ashwagandha is a plant that grows in hot, dry climates and belongs to the nightshade family – just like potatoes and tomatoes. It is a small shrub that grows little red berries that have a papery covering, like a cape gooseberry. Ashwagandha is also known as Withania, from its Latin name Withania somnifera.

The root is the plant part most commonly used, but in Ayurveda the berry, leaves and bark are also sometimes used.

The root smells like hay, and the name ‘Ashwagandha’ comes from the Sanskrit, meaning “horse-like smell”. This name also refers to the fact that this plant has been traditionally used to support people recovering from illness – giving the user the strength of a horse.

What does Ashwagandha support?

Ashwagandha is primarily an adaptogen, a plant that supports the body's stress defence system and is useful during times of ongoing physical and/or emotional stress. It nourishes our body to help us regain vitality, whilst supporting our nervous system and our physical and mental resilience.

Who is Ashwagandha suitable for?

When we are under any kind of ongoing stress, Ashwagandha can support our normal defences, so we are able to keep functioning in a healthy way. Busy parents, employees, students, athletes, and those convalescing from illness, can all benefit.

How should Ashwagandha be taken?

For best results, Ashwaganda root should be taken regularly for several weeks and combines well with herbs that support and nourish the nervous system.

The fruit of Ashwagandha are high in saponins and can be used as a soap substitute.

Kava: for when you’re feeling overwhelmed

Kava is a plant related to the New Zealand Kawakawa ( Piper excelsum), which shows in the signature heart-shaped leaves of both plants. The root and rhizome of Kava has been used in Pacific cultures for hundreds of years, for health, recreation, and as part of ceremony.

What does Kava support?

Kava is one of the most well-researched and fast-acting plant ingredients to support feelings of worry, overwhelm, and a good night’s sleep. It principally supports the nervous system, but also helps to ease muscle tension.

Who is Kava suitable for?

Kava is an ally when we are feeling overwhelmed and anxious and when our sleep is impacted by this. The root of Noble Kava, a variety known to be well-tolerated and have a high safety profile, provides fast-acting, effective nervous system and sleep support, without any unpleasant ‘morning-after’ feeling. Higher doses of Kava should be avoided by those on sedative or dopaminergic medication unless under the supervision of a health professional.

How should Kava be taken?

Although Kava produces male and female flowers on separate plants, it never fruits and can only be propagated through cuttings.

Chamomile: for when you need a dose of calm

The chamomile used in natural healthcare is usually German chamomile, Matricaria recutita/chamomilla. This herb has been used for thousands of years, and in fact examination of Neanderthal dental calculi found they were eating chamomile 50,000 years ago! Chamomile is native to Europe and is a member of the Aster family, with small daisy-like flowers and feathery leaves.

What does Chamomile support?

This herb has a wonderful combination of actions – not only is it effective for soothing the digestive system due to its calming and relaxing properties, it also helps to calm nerves that may be contributing to digestive upset. Think of the nervous tummy that children often experience.

Who is chamomile suitable for?

Chamomile is suitable for children and adults alike, except in the rare case of allergy. It is a very safe and gentle herb, making it especially useful for soothing irritable children.

How should Chamomile be taken?

Chamomile can be taken as a tea or tincture and is especially helpful for soothing worry and upset digestion when combined with other herbs that support the nervous or digestive systems.

It was chamomile tea that Peter Rabbit was given by his mother, to calm his upset tummy and help him relax into sleep after his upsetting experience in Mr McGregor’s garden?

Looking for holistic, mindful practices to prioritise self care? Here’s six ways to stay balanced and look after yourself.

Always read the label and use as directed. If symptoms persist see your healthcare professional.
Artemis, Dunedin
TAPS: PP8017