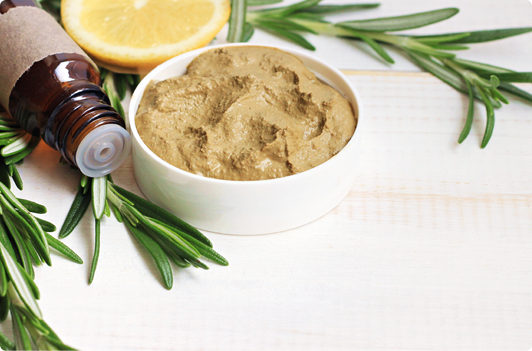 The physical structure of the aluminum phyllosilicate clay, which is sourced from volcanic ash, makes it highly absorbent. This supports the absorption of toxins in the bowel when taken in supplement form and through the skin when used in skincare. It is heated to remove microbes and make it suitable for consumption.

Bentonite clay can contain up to 75 different trace minerals. The levels of specific trace minerals will vary widely between different locations they are sourced from. Bentonite is named after Fort Benton, Wyoming where its largest sources are found.

At HealthPost bentonite is available in multiple forms. Liquid and powder forms cater for a variety of individual requirements and preferences.

Bentonite is approved for use by the British Pharmacopoeia. There are around 100 published in vivo (tested on a living organisms) studies on the effects of bentonite on body function.

Bentonite is a very popular ingredient in detoxification formulas and supplements. The scientific term for ingesting clays for health maintenance is ‘geophagy’. The first recorded use goes back to ancient Mesopotamia

Bentonite clay is poly-cationic which means it is positively charged; leading to the absorption of negatively charged toxins. This characteristic, along with it’s absorbent properties, allows it to bind to undesirable toxins in the gut when taken internally, enabling them to be excreted through bowel motions. It has also shown an affinity with mycotoxins or toxins from fungi, including aflatoxin which is an undesirable toxin.

It is recommended that bentonite clay be used internally on a short-term basis; theoretically it may absorb beneficial minerals like calcium.

The absorbency and cationic properties of bentonite have also lead to it’s wide popularity as a base ingredient for detoxifying and purifying skincare products.

Interestingly, as a side note - oral administration of bentonite has been shown to produce increased wool growth in sheep. It is also reported that in Ancient Egypt Cleopatra used natural clays like bentonite to preserve her complexion.

It is extremely important for dry bentonite powder to be stored in a well-sealed container because of its highly absorbent or desiccant qualities, to avoid water accumulation.