What’s The Buzz On CoQ10 For Energy? 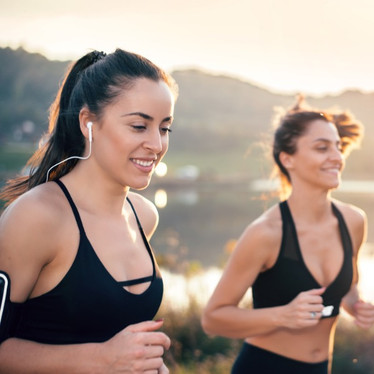 CoQ10 is short for Coenzyme Q10, a naturally occurring molecule that’s found in virtually every cell of our bodies. CoQ10 is an energy transfer molecule – it plays a crucial part to help our cells convert the food we eat into energy.

This energy is used to power every function of our bodies.Considering as humans we consist of approximately 30 – 37 trillion cells – that is a lot of grunt work that CoQ10 does for us.

Levels of CoQ10 are highest in organs with high rates of metabolism, such as the heart, kidney, and liver. These are very busy organs, with a lot of metabolic responsibilities - so they need a lot of energy.

CoQ10 is a unique, versatile and multifunctional molecule. Our bodies use it in many biological processes.In addition to its role in cellular energy production, it also works as a potent antioxidant to protect mitochondria from free radical damage. Free radicals form as a waste by-product of our normal, daily metabolic function.

The metabolic energy production process occurs in the mitochondria - pronounced ‘mytoecondreeah’, often referred to as the ‘powerhouse of the cell’.

This process is facilitated by CoQ10, it’s called oxidative phosphorylation.

Mitochondria are like tiny, specialized, energy generating machines inside our cells. They are high-performance, working 24/7, non-stop from dawn to dusk, for our entire lives. CoQ10 forms a moving part in the performance of these high-output organelles.

Mitochondrial energy machines are so crucial for life that they can’t be stopped or decommissioned for maintenance. So, CoQ10 steps in to perform maintenance and repair work while this biological energy generator still whirring at full speed. Working as a potent antioxidant, it mops up waste products to protect the moving parts from wear and tear, which if left unchecked will cause damage.

CoQ10 forms a moving part of the mitochondrial metabolic machine, but also performs repair and maintenance at the same time. That’s what makes it so special.

It was first identified in 1940, and isolated from the mitochondria of beef heart.

Our heart and skeletal muscles use the metabolized components of the foods we eat for energy production. The usable form of energy is a compound called Adenosine Triphosphate, or ATP for short.

Coenzyme Q10 is one of the most significant fat-soluble antioxidants in the human body. Our brains are made of fatty tissue - so our brains have a special affinity for fat-soluble molecules.

Dietary and lifestyle bio-hacks can stimulate our body cells to make more mitochondria. This is called mitochondrial biogenesis. Having a higher number of mitochondrial energy machines means the body can produce more energy.

Here are some ways to stimulate the body to make more mitochondria:

This involves periods of fasting and calorie restriction during certain time frames. There are various methods of achieving this, including whole day fasting, alternate day fasting and time restricted feeding, which cause the body to adapt by making more mitochondria.

This is a type of interval training that alternates periods of intense aerobic exercise with short rest periods. Even one single 30-minute HIT session has been shown to stimulate the growth of new mitochondria.

Regular and sustained exercise can result in higher numbers of mitochondria in muscle cells – that explains why regular training can improve fitness. The body adapts by creating more mitochondria to help improve its energy generating capacity.

Make sure you check with your health professional before beginning a new diet or exercise programme, to make sure it is right for you.

That could explain why kids can run around all day like crazy and don’t seem to get tired.

Although the body can make some CoQ10 on its own, scientists have found that CoQ10 production naturally declines as we age.

Research has shown that the rate of mitochondrial biogenesis also decreases with age.

Our entire bodies contain about 500-1500 mg CoQ10. With all these benefits of CoQ10, you might be wondering where you can get CoQ10 in your diet? The recommended daily dose for supplementing CoQ10 is 30 to 200 mg for an adult. Most people only have a dietary intake of 10 mg or less of CoQ10 per day. Some of natural sources of CoQ10 are:

Coenzyme Q10 is fat-soluble antioxidant, so it’s most easily absorbed when consumed with a small amount of healthy fats, for example - plant oils, nuts, seeds or avocado.

There’s plenty of debate about supplements that contain ubiquinol versus ubiquinone.

It’s important to check for potential contraindications before adding a new supplement to your regimen.

CoQ10 is not recommended to be taken in conjunction with blood pressure and blood thinning medications.

Certain medications, including statins have been associated with depletion of CoQ10 levels in the body.

CoQ10 supplements are not suitable during pregnancy or lactation.

CoQ10 is taken to support daytime energy. It’s been associated with wakefulness if taken late at night- so ideally, it’s taken in the morning.

CoQ10 is lipid soluble and has a large molecular weight, these two factors mean that it can be challenging for the body to absorb.It’s important to choose the right supplement formulation for optimal absorption. Lipid formulations, including liposomal formulas have been shown to increase absorption.

The human body uses liposomes as an innate, natural method of nutrient transport. Liposomes are present in human breastmilk – they are a simple and bioavailable way to deliver nutrients to nourish a growing infant. Scientists postulate that this mechanism explains why liposomal formulas are so well absorbed – they are in a form that the body can easily recognise and absorb.

BioBalance Liposomal CoQ10 provides coenzyme Q10 using liposomal delivery for advanced bioavailability. CoQ10 is a substance found in all cells and tissues, especially in the heart. It’s a catalyst for cellular energy production and a vital antioxidant. Always read the label and use as directed. Supplementary to a balanced diet.