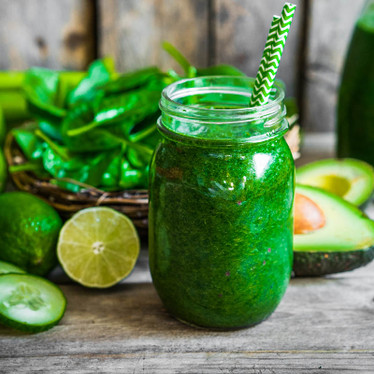 There’s a lot of hype these days around the concept of body alkalinity and its effect on our health. Many proponents of the theory talk about the importance of consuming a high proportion of alkaline or alkalising foods and limiting acidifying foods. But what does that really mean? And which foods are on the good or bad list?

Origins of the Alkaline Diet theory

The acid/alkaline hypothesis is based on the way various foods affect the pH of the body’s urine (or sometimes blood). The body does an amazing job at keeping our blood pH very close to 7.4 – any higher or lower and we would not be able to function.

However, the pH of urine is known to change according to diet, often quite drastically, due to the effect of minerals and various metabolites on urine. It was observed in rabbit studies by biologist Claude Bernard in the 1800s that a plant-based diet produced alkaline urine, whereas a carnivorous one produced more acidic urine. It was then discovered that diet could also alter human urine in the same way.

This idea developed into the concept of foods that produce acid or alkaline ‘ash’ on combustion, and the theory that they would do the same on ingestion.

Doctors and authors such as Robert O. Young later developed the concept and wrote books on the subject, arguing that an alkalising diet could be used for a number of health concerns. Young espouses a plant-based diet, with some fish, and limited meat and dairy due to their acidifying effects.

An alkalising diet is now one of the most well-known eating philosophies in natural health, making its way into a variety of more succinct diet plans without always being considered a diet plan in itself.

What is an alkaline diet?

Whilst debate continues about the value of alkalising foods in the scientific world, there is some evidence for its efficacy in improving overall health. The effect is believed to be due to the minerals contained within the soil (and pH of the soil itself) and foods being consumed, with those higher in magnesium, calcium, potassium, and bicarbonate being more ‘alkaline’. An increase in sodium and chloride in the modern diet since the industrial revolution, coupled with decreased potassium and bicarbonate, is blamed for increasing acidic states, which the alkalising diet may help remedy.

Is an alkaline diet healthy?

The foods included in the alkaline diet are predominantly wholefoods, including plenty of fresh vegetables and fruit. Any diet that prioritises fresh wholefoods over processed foods is going to be very supportive of health, vitality, and longevity. The alkaline diet is very similar to the popular Mediterranean diet – the main differences being the inclusion of dairy, wheat, and small amounts of meat in the Mediterranean diet. The alkaline way of eating is a great diet to be used as a health kick start, or done in conjunction with a Detox & Body Cleanse.

Essentially, foods that produce ‘acid ash’ are considered acidic, and those that produce ‘alkaline ash’ are alkalising. The emphasis in dietary terms is generally placed on eating a predominance of alkalising foods with minimal acidic ones – an 80/20 balance is often cited as a good target.

Foods that are considered alkalising are:

Foods that should be kept to a minimum:

Foods that are considered acidic:

There is often confusion around foods that are generally considered to be acidic. The biggest of these is the citrus fruit family – and lemons in particular. Because of their high citric acid content and sour, acidic flavour profile, lemons are considered acidic and assumed to be acidifying. However, as they produce alkaline ‘ash’, they are considered to be particularly good at alkalising and recommended for the diet.

Some other foods worthy of special mention are those that do an exceptional job of alkalising the body. Besides lemons, these include Apple Cider Vinegar, Chlorophyll, Chlorella, and green Superfoods such as Spirulina and Barley Grass, as well as other green vegetables like broccoli.

Water is also gaining attention in the world of acid/alkaline food, with many people now seeking out particularly alkaline water. Mineral water with high silica content is considered desirable, but for those who cannot access it, there are numerous Water Filters available that alkalise the water whilst reducing heavy metal contaminants and chlorine. Likewise, mineral drops are available that can be added to water to help increase its alkalinity.

HealthPost carries a wide range of alkalising greens powders in our Superfoods range, including chlorophyll, barley grass, chlorella, spirulina, and wheat grass. Freshen up your drinking water at home with an alkalising Water Filter jug and mineral drops.