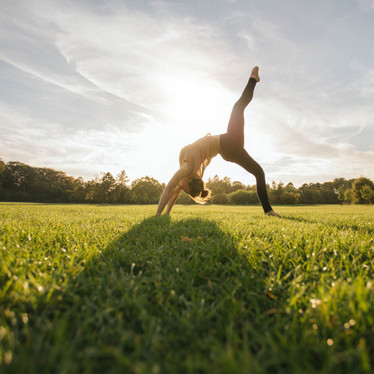 Astaxanthin, pronounced asta-zan-thin, is the reddish pink pigment present in some salt water algae under certain natural conditions that turn salmon, crayfish and prawns their pinky colour. Astaxanthin also is responsible for giving flamingoes their unique pink feathering (due to their consumption of the algae in the water and exposure to the sun). Baby Flamingoes are born white and they gradually turn pink as they eat the krill and algae. It also happens to be super-potent antioxidant with a lot of science behind it.

Astaxanthin is a powerful antioxidant and is found in the highest concentration in nature in the muscles of the salmon fish in the wild. Scientists have concluded that astaxanthin helps provide the power and energy required by these fish to swim against the strong white water currents upstream for days on end to find shallow stagnant pools of water to reproduce. This incredible behavior, that you may have seen on a nature program, is indeed an athletic ability no one would ordinarily expect of fish.

Astaxanthin has many health benefits for humans too. The most well studied is that it can support recovery after exercise and nourish muscles after intense exercise. So, whether you are a professional, an amateur age grouper or simply a weekend warrior (just like those amazing fish), Astaxanthin may well assist the athletically inclined amongst us to enjoy better endurance, enhanced energy and strength. (2,3)

So. How does it work then? Astaxanthin has a very powerful effect on mitochondria, which are the power generating molecules inside each cell. These guys produce the fuel on which you run, breathe, move and literally exist. Our muscles are where we find the biggest demands for energy and where our mitochondria are most concentrated. We are all aware of the benefits of exercising regularly. Yet the downside to all this activity is the tired and sore muscles we experience afterwards due to the damage caused by free radicals which are released when we do exercise. No pain no gain goes the saying…

Astaxanthin is extremely potent as it filters into every cell in the body. Its unique lipophilic and hydrophilic properties allow it to access every cell, with one end protecting the fat-soluble part and the other end protecting the water-soluble part of each cell. It also has the ability to block certain chemicals in the body that cause discomfort.

Haematococcus pluvialis is a green micro algae, which accumulates a high Astaxanthin content when it is under stress conditions such as a salty environment, nitrogen deficiency, high temperature and UV light. Astaxanthin produced from the algae H. pluvialis is a main source for human consumption. It is also used as a source of pigment in the feed for farmed salmon, trout and shrimp to give them the distinct red colour. In the EU Astaxanthin is a permitted natural food colouring and has its own E number, E161.

Astaxanthin can be consumed naturally by eating (yes, you guessed it) those plucky strong fresh wild salmon or other pink seafood like crayfish, prawns and shrimps- but to get enough you would need to eat a lot of seafood. Like A LOT – nearly a kg of wild fish each day. This raises considerations for your weekly food budget as good quality salmon is not cheap. There is also consideration for exposure to heavy metals and other toxins sometimes present in seafood – not to mention taste preferences and the effects on salmon fish stocks. The other way to consume Astaxanthin is to look for a supplement.

Astaxanthin is produced for supplements in one of two ways –the algae (nothing fishy here – astaxanthin is vegan) starts in a closed culture system and then is put into a reddening cycle in natural large water culture ponds exposed to the sun in sunny climates like Hawaii and Israel. Other producers grow the algae in a fully closed network of glass tubes in the deserts of Israel or China which means there is less risk of environmental pollutants. The algae can also be grown hydroponically year round in a completely enclosed environment under UV lighting.