Can you improve your teens concentration span? 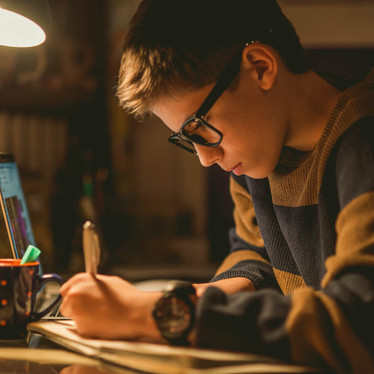 There may be many parents out there thinking that nothing could get their adolescent to sit down and concentrate on one thing. In fairness, during this time of physical and mental growth, combined with hormonal changes, it must be hard to focus. However it is an important time for educational foundations to be laid, so being able to concentrate at school or on homework is all important.

This has been recognised in a recent study that looked at the use of Citicoline in relation to concentration span in adolescents. Citicoline is a nutrient that occurs naturally in the body. Found in every cell, it is known for its ability to improve brain function by rebuilding and protecting the fat layer around our cells from oxidative damage (1,2). By keeping this layer well it helps our cells pass messages round the brain and fuel the mitochondria; the power packs the cells to increase brain energy. All these great effects have led to its use in improving mental clarity, concentration, memory and recall (3). This can be particularly useful to increase brain power at times when extra focus is needed for studying or when there is extra pressure and work load.

The study published in The Journal of Attention Disorders, July 2015, shows new evidence of Citicoline improving concentration in adolescent males (4). The study carried out by The Brain Institute at The University of Utah, involved seventy five healthy adolescent male participants that were given either Citicoline or a placebo for 28 days. After this period the participants completed a series of tests for mental and physical dexterity and concentration. The results showed a significant increase in brain co-ordination speed, improved attention and decreased impulsivity compared to the placebo group. The brain area to benefit from Citicoline is thought to be the frontal lobe, which is still maturing during adolescence. It is also thought that it may increase the brain chemical dopamine, which may be one of the mechanisms through which Citicoline improves motor and attention functions.” The study has now allowed safe dosing to be established for adolescents 13 years and over.

To increase Citicoline through diet we can look at eating choline rich foods such as liver, meat, fish, dairy, beans, eggs, soy and cruciferous vegetables. High amounts of Citicoline can be found in Cauliflower, so if you want to boost your teen’s concentration a nice cauliflower cheese should certainly help. Fish has the added bonus of increasing omega 3 oils too, which are also known to help support brain function and concentration. So Citicoline, good nutrition and of course a great night’s sleep can certainly go a long way to help your teen to focus again.

What supplements do your teenagers take regularly, if any?

Have you tried a supplement designed to help support brain function? If yes, what was it and do you think it helped?