CoQ10 to help you produce energy 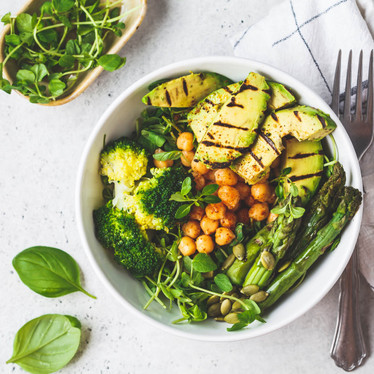 Despite the long and complicated sounding name Coenzyme Q-10 (let’s call this CoQ10) is found in every single plant and animal cell and plays an essential role in helping each cell produce energy to fuel everything we do. Considering as humans we consist of approximately 30 – 37 trillion cells – that is a lot of grunt work that CoQ10 does for us.

The metabolized components of the foods we eat are used by our body for energy production. The usable form of energy is a compound called Adenosine Triphosphate, or ATP for short.

ATP is produced within the mitochondria of every cell, and CoQ10 is a vital ingredient for the process of energy production.

CoQ10 is a coenzyme. Coenzymes assist chemical reactions within the body, and the process of energy creation requires coenzyme support, from CoQ10 as well as various B Vitamins.

As a powerful antioxidant, CoQ10 can also support the utilisation of other essential nutrients. It’s been shown that it helps recycle vitamin C and vitamin E, further maximizing the effects of vitamins and antioxidants that are already at work in the body.

Although the body has the ability to make some CoQ10 on its own, production naturally declines as we age — just when we need extra energy for keeping up with kids and grandchildren.

The heart produces higher amount of ATP than almost any other part of the body. However, over time, and as we grow older the accumulative effect of free radicals can cause oxidative damage to the heart and its surrounding veins and arteries. CoQ10 supports the heart because it helps the muscle cells within the heart be more efficient at producing and using energy.

Most of us accept that chronic feeling of tiredness or ‘running on empty’ as an unavoidable aspect of aging or being so busy. However, deficiencies of CoQ10 are known to cause an unwavering feeling of tiredness and low energy. This is because low levels of CoQ10 inhibit our body’s ability to make the ATP. So, if you want to speed up the energy engine room- CoQ10 is a key factor to consider.

With all these benefits of CoQ10, you might be wondering where you can get CoQ10 in your diet? The recommended daily dose for supplementing CoQ10 is 30 to 200 mg for an adult 19 years and older. You should consult your doctor before deciding what dose is right for you- and particularly if you are on any anti-coagulant medication, pregnant or breastfeeding. CoQ10 supplements are available as Ubiquinone or Ubiquinol and are often in a gelatin capsule with oils to aid absorption. Vegetarian alternatives are available but usually don’t have the oil. Liposomal delivery of CoQ10 is also very powerful as the CoQ10 is locked inside a nano sized single molecule surrounded by a lipid (fatty) case to again speed up absorption through the intestines directly into the bloodstream to be free to do its good work generating ATP.

If you do not want to take a supplement, there are multiple food sources where you can find CoQ10. Most people only have a dietary intake of 10 mg or less of CoQ10 per day. Because it’s a fat-soluble antioxidant, it’s most easily absorbed when consumed with a small amount of healthy fats. Some of the higher natural sources along with the mg of CoQ10 in them are listed below:

There is also plenty of debate about supplements that contain ubiquinol versus ubiquinone. Ironically, CoQ10 shifts back and forth between its ubiquinone and its ubiquinol form in a continuous cycle inside the body. This is all part of CoQ10’s role in biology. So, when you take ubiquinol, it changes to ubiquinone and vice versa as required.

BioBalance Liposomal CoQ10 provides the coenzyme Q10 using liposomal delivery for advanced bioavailability. CoQ10 is a substance found in all cells and tissues, especially in the heart. It’s a catalyst for cellular energy production and vital for heart and blood health. Always read the label and use as directed. Supplementary to a balanced diet.

Have you tried a CoQ10 supplement before?