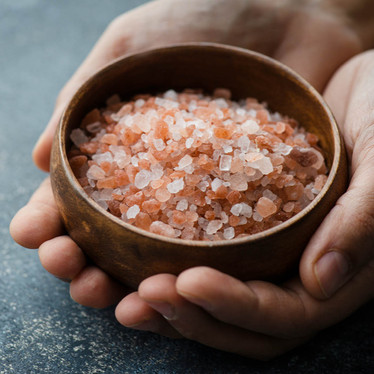 Most of us know iodine as the tablets we may have used to disinfect water on tramping trips or the infection-preventing tincture our parents might have applied to our cuts and scrapes and which made these minor injuries look so dramatic.

What we may not realise is the true intimacy of our essential relationship with this life-sustaining mineral. Iodine, the heaviest element utilised by the human body, was part of the primal ‘soup’ in that cradle of life – the ocean – and is one of the basic components of all life forms on this planet. Its’ strong presence in the ocean and in marine life is mirrored in our bodies where it is found in every one of our organism’s roughly hundred trillion cells.

Systemically crucial to balanced, co-ordinated and well-paced bodily functions on many levels, a deficiency causes hormonal and far-reaching metabolic dysfunction.

Most prominently associated with the thyroid, iodine enables that gland to synthesise thyroid hormones, notably T3 and T4. These hormones, whose imbalance create hypothyroidism (underactive metabolism often associated with obesity) or hyperthyroidism (overactive metabolism often resulting in an emaciated state), require sufficient iodine in order to be synthesised in adequate amounts. There are 59 diseases associated with a dysfunctional thyroid, as this gland and the hormones it produces regulate body temperature; heart rate and, by extension, respiratory rate; glucose consumption; energy/ATP production and also strongly influence mental and immune function.

Iodine deficiency has risen 400% in the last four decades. The World Health Organisation estimates that 72% of global population and 96% of US population are iodine deficient. This is the result of soils lacking iodine and iodine being displaced in our bodies by environmental contaminants.

A brief summary of iodine’s involvement in crucial physiological processes would include the following:

In 1922 Iodine was proven to reverse goitre in a study which prompted the US to begin iodising salt. Today, along with salt getting bad press, less than 20 – 25% of salt is iodised anymore. The US Food and Drug Administration now recommends a daily iodine intake of 150-290 micrograms depending on age, gender and life cycle while some leading iodine experts suggest 12-18 milligrams daily – 45 times higher. In Japan the average daily intake is 13.8 milligrams and, pre-Fukushima, the Japanese had significantly lower incidence of breast and prostate cancer as well as overall superior health and longevity compared to the US. Up to 100mg (100,000 mcg) daily were safely used in a major recent iodine study.

Safe dosage becomes a non-issue when taking iodine transdermally (absorbed through the skin) as the body will stop absorbing essential minerals taken in this way when sufficiency levels have been reached.

Lugol’s solution is a standard laboratory formulation of elemental iodine and potassium iodide and is typically used for iodine supplementation.

Minerals such as magnesium, potassium and iodine are designated essential for very good reasons. We should take heed that mineral deficiencies and imbalances cause at least as wide an array of health problems as lack of vitamins and enzymes and, as farmers already know in regard to their animals, these deficiencies are relatively easy and most worthwhile to remedy.

Salud Health ThyRadGard Transdermal Iodine features easy roll on application to keep your thyroid levels of Iodine at optimal levels.  It is available for secure order from our online shop.

Have you tried Transdermal Iodine before?

Did it work for you?