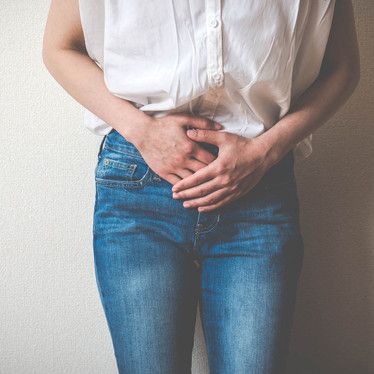 Anyone can suffer from a urinary tract infection (UTI) but there are risk factors that mean some people are more prone to getting a UTI than others.  Risk factors can change over time, so you can be more likely to get a UTI at various times in your life.

Women tend to experience more UTIs than men, which may be due to the shorter length of the urethra – the tube that carries urine from the bladder to the outside of the body.

Hormones control most things womanly, so it’s not surprising that hormones also play a role in how susceptible you are to developing a UTI.  Women who have undergone menopause may experience UTI’s more frequently.  The birth control pill could also make you more likely to experience a UTI.

Women who are sexually active are at greater risk of developing a UTI, but don’t panic, UTI’s are not sexually transmitted.  It’s just that there’s an increased likelihood of bacteria or yeasts coming in contact with the urethra and causing an infection.

Diaphragms and unlubricated or spermicide treated condoms can also increase the risk of developing a UTI.

Symptoms of a UTI include a frequent or intense urge to urinate, even though little comes out when you do, a burning feeling when you urinate, pain or pressure in your lower back or abdomen, cloudy, dark, bloody or strange-smelling urine.  You may also feel tired or shaky or have a fever, these are signs that the infection may have reached your kidneys.

It’s a little known fact that while most UTI’s are caused by the bacteria E.coli, UTI’s can also be caused by the yeast called Candida.  You’ve probably already heard of Candida for its role in causing vaginal thrush.

Having a yeast infection in your urinary tract is a condition called Candiduria.  If you’ve taken antibiotics recently, you’re more likely to have problems with yeast.  Candiduria is often asymptomatic, meaning you won’t necessarily have symptoms with indicating you have yeast in your urinary system.  However, if you notice white specks in your urine, this may be yeast.  Yeast can even grow into large masses and form balls in the urinary tract!  If you have having a hard time urinating, this could be a ball of yeast somewhere obstructing your urine.

To reduce the chances of developing a UTI (or a repeat of a UTI), follow these steps to look after your urinary tract:

Kolorex Cranberry Plus Horopito provides a world-first solution for urinary tract health, harnessing the power of not one, but two scientifically studied ingredients for urinary comfort. Buy it now from our secure online shop.

If you’ve experienced a Urinary Tract Infecton before, what treatment worked best for you?