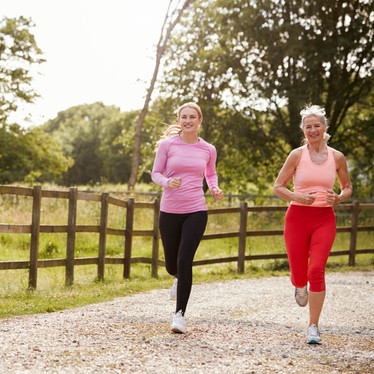 Did you know that baby flamingos are born white? It's true! So what is it that makes them pink, then? You may be interested to learn that it’s the carotenoid Astaxanthin which turns the feathers of this tropical bird their stunning magenta colour.

Astaxanthin is produced naturally by a species of microalgae called Haematococcus pluvialis. Flamingos aren’t the only creature that are coloured by this special carotenoid – many sea animals gain their spectacular red pigment from consuming Astaxanthin, including salmon.

In addition to making our world a bit more colourful, Astaxanthin has proven health benefits to humans. Don’t worry, you won’t wake up the colour of a tropical fish – the supplement has no effect on the colour of humans. It does, however, have many benefits for our overall well-being.

So how can it help you?

Many different factors contribute to joint pain, but one that most people may not be aware of is joint stress caused by free radicals. One of the best ways to combat free radicals in your body is to consume antioxidants, which can safely interact with these molecules and prevent them from causing additional harm.

All antioxidants can combat free radicals, but because Astaxanthin can cross the blood/brain barrier and enter directly into the body’s cells, it has a staggering ability to fight off these harmful damaged molecules. In fact, studies have shown that Astaxanthin is around 550 times more powerful than vitamin E and 40 times more effective than vitamin A when it comes to eliminating free radicals in the human body.

Astaxanthin can therefore offer significant benefits to those suffering from arthritis and general inflammation and pain in the joints. Some experts have also speculated that Astaxanthin may be able to prevent other serious body pain ailments such as chronic backache, carpal tunnel syndrome and RSI.

We all know how beneficial exercise can be in maintaining health and well-being. However, did you know that intensive periods of exercise can also contribute to the generation of huge amounts of free radicals?

Astaxanthin, as one of the most effective antioxidants known to man, can prove to be an invaluable health supplement for both casual and professional athletes looking to reduce the amount of free radicals in their bodies, therefore improving muscle regeneration and reducing recovery time. Astaxanthin can also reduce lactic acid build up, meaning that you may feel better and more mobile after exercise.

Scientists have found that taking Astaxanthin supplements can improve your actual athletic performance as well. In fact, a 2011 study conducted by the Pennington Biomedical Research Center into the effect of Astaxanthin on competitive cyclists revealed a “significantly increased power output” over a 20 km time trial in athletes who had taken the supplement.

Astaxanthin as a sunscreen

Yet another benefit of Astaxanthin is its protection from the sun’s harmful rays. The antioxidant has been known to act as an internal sun block of sorts, protecting the skin against damage caused by UVA and UVB rays.

It’s no secret that the sun can be highly damaging to the health of our skin – excessive exposure contributes to wrinkling and premature aging. Here in New Zealand, we also have one of the highest rates of skin cancer in the world, with around 67,000 new cases of new melanoma and non-melanoma skin cancer NMSC cases being recorded each year, according to the Cancer Society.

While there is no substitute for sun safety – remember the SunSmart mantra of slip, slop, slap and wrap! – Astaxanthin can potentially offer significant benefits in terms of preventing the skin from absorbing UV rays and reducing sun damage.

The benefits of Astaxanthin supplements don’t end at the joints and skin. Research has suggested that Astaxanthin’s anti-inflammatory capabilities may also prevent heart disease, boost the immune system, combat cancer, and improve memory and cognitive function.

Because Astaxanthin is a fat-soluble carotenoid, it’s a good idea to take supplements with some healthy fats in order to ensure proper absorption in the body. For example, you may want to take Astaxanthin with coconut oil, olive oil or avocado.

BioBalance Astaxanthin provides 4mg of Astaxanthin per softgel, naturally sourced from Haematococcus pluvialis algae. It is available for secure order from our online shop.

Have you tried an Astaxanthin supplement?

What benefits were you hoping for and did you experience them?