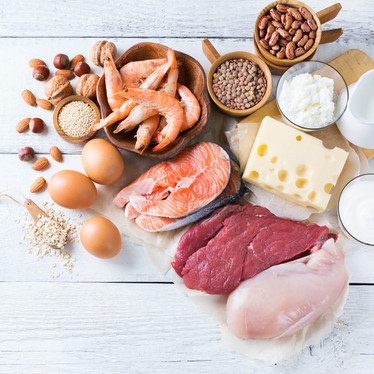 Vitamin B12 – also known as cobalamin – is an essential micronutrient that has many uses throughout the body. These include the manufacture of red blood cells, and ensuring proper nerve and brain function. It assists with the uptake of folate, and is involved in DNA synthesis. Like the rest of the B group vitamins it is water-soluble, and thus unable to be stored in the body long term – though most healthy people will have enough stored in the liver to last several years. This means it is essential to consume enough via the diet to prevent deficiency arising, and take supplements if adequate dietary intake isn’t possible, or other factors mean adequate levels are unable to be sustained.

As we cannot produce our own vitamin B12, we need to consume adequate levels through our diet in order to stay well. The only living organisms capable of producing vitamin B12 are bacteria, and thus there are no proven plant-based sources of the vitamin, though certain mushrooms, seaweeds and organic foods have been argued as possible sources due to bacterial presence within them. Dietary sources are limited to animal products, including meat, dairy, eggs, and organ meats.

What do I need to look out for?

Vitamin B12 deficiency can cause a number of problems throughout the body, which may begin as mild or unnoticeable but can progress into debilitating problems that affect the whole body. These may include numbness, tingling and weakness of the limbs and extremities, heart palpitations, weakness and fatigue, depression, confusion, anxiety, memory loss, breathlessness, pallor, lightheadedness, and gastrointestinal tract problems such as bloating, constipation or diarrhoea.

Who is at risk of deficiency?

There are a number of people at risk of vitamin B12 deficiency. The most well-known group are those who follow a vegan or strict vegetarian diet, as the only source of vitamin B12 in the diet is animal products. Whilst those who have recently become vegan are usually fine, their body stores will deplete over the course of several years and eventually most will become symptomatic, and need to take supplements if they aren’t already consuming fortified foods. Pregnant vegans are particularly at risk of deficiency, as are their children, unless supplementation is undertaken during pregnancy.

People who suffer inflammatory gastrointestinal conditions, including Crohn’s disease, Coeliac disease, gastritis and other related disorders may be at increased risk of a B12 deficiency due to an impaired ability to absorb nutrients, as well as having potentially impaired levels of Intrinsic Factor (IF). Intrinsic Factor is a glycoprotein produced in the stomach and required for the absorption of vitamin B12 – thus any injury to the stomach itself, whether from surgery, pharmaceuticals or disease, can reduce the ability of the body to produce enough IF. Similarly, sufferers of the autoimmune condition pernicious anaemia lack intrinsic factor due to the body attacking its production (note that ‘pernicious anaemia’ is a term also used to refer to B12 deficiency from any cause). Vitamin B12 is absorbed in the small intestine, so any disease affecting this portion of the gastrointestinal tract can also impair absorption.

Those with the MTFHR gene mutation, which is linked to myriad serious health complaints, are also at risk of deficiency. Those affected should take care to ensure they are getting enough in their diet, and if supplementing, should ideally take an activated form (methyl-, adenosyl- or hydroxy- cobalamin rather than cyanocobalamin), alongside activated folate.  The ideal form will vary from person to person and change depending on which mutation is present and whether or not the person is heterozygous, homozygous, or another combination.

What do I do if I think I’m deficient?

Vitamin B12 deficiency is easily detected by blood test and/or complete blood count. If you are found to be low, it may be recommended that you have a B12 injection, but generally speaking supplementation should be enough to bolster stores, though investigation should be undertaken to ascertain why deficiency has occurred if there is no obvious cause.

HealthPost carries a wide range of vitamin B12 products in numerous forms. These include products both on their own and in complexes such as BioBalance Liposomal BioActive B Complex, as well as in sublingual, chewable, liquid or capsule forms.

Do you take any Vitamin B supplements?

If yes do you take them for something specific or for general health?