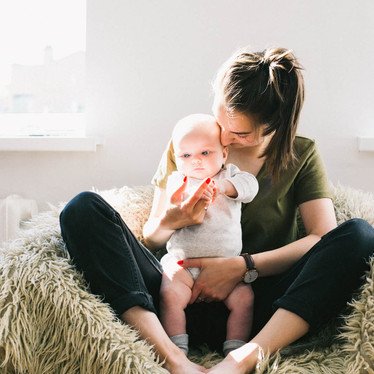 There are many beautiful plants in nature's kingdom, some strikingly beautiful, some velvety soft, and intricately structured but none matching the all round sweetness of the White Mallow plant -Althea officinalis L. (Althea) with its pale pinkish blossoms and velvety leaves. This plant is an expression of absolute delicacy. Sure enough, the plant communicated this quality to humans early on. It was regarded as both culinary delicacy and medicine by the Romans, Chinese, Egyptians, Syrians, Arabs, Greeks and Armenians. Althea was eventually acknowledged as an official western herbal medicine, meaning no apothecary (early pharmacy) would want to be without it. The fleshy roots of the plant were also washed, dried and chopped and roasted over an open fire as a sweet delicacy for children . Today Althea is a key plant in many plant medicine traditions. Western Herbal Medicine utilizes its soft healing and protective abilities on major detoxification system in the body including respiratory, integumentary (skin), digestive, and urinary. Traditional Chinese Medicine views the plant as sweet, moist, cooling, nourishing and enduring. (2)

Althea is an old herb with a long history. Herbal historian Barbara Griggs writes about Althea pollens being identified in the burial grounds of a Neanderthal man, among other healing herbal medicines thousands of years prior. (1) In the first century AD White Mallow was documented by the ancient military pharmacist Pedanius Dioscorides in his De Materia Medica, a study of therapeutically useful plants and materials. The word he used was “moloche” meaning softening. (3) Its modern day equivalent “mallow” relates to mellow. The plants botanical name is Althea officinalis and it is a member of the plant family Malvaceae. Althea is derived from the Greek “altho” meaning to cure. The name Malvaceae also has Greek origins, malake meaning soft. (4) Officinalis is a descriptive name given to all plants that were official herbal medicines.

The world appears to the fragile newborn like something of an explosion of stimuli and invasion. On a physiological level, the delicate skin that a baby is born in will only reach a structure and strength similar to that of adult skin by the age of three. So a child’s barrier system to the world is much more fragile. That skin is the child’s physical boundary to the world through which they sense and feel what is around them. Thus the medicinal plants best suited to babies and children are essentially protective. Plants that support, nourish and fortify skin damaged by inflammation such as in eczema, and by injuries such as burns, wounds, ulcers, inhaled bacterial pathogens, intense weather and temperature changes, wasp and bee stings. White mallow, a plant that according to the Persian physician Ibn Sina (980-1037 AD) helps “new flesh to grow” has been used to treat all of these and more. (3)

In the words of homeopath and essence pioneer Gurudas (1945-2001), who sees Althea as a herb that energizes the heart chakra: “Using this herb allows individuals a place in which they may soften the way they speak and the way they understand life and relate to others” and “There is a great strengthening of the bond from the heart to a little child.” (6)

The most notable chemical constituent in Althea officinalis is the polysaccharides which when mixed with water, create a mucilaginous substance that is soothing, nourishing and healing. (3) This makes up around 11% of the root and 10% of the leaf. (5) Mucilage is a highly important therapeutic plant chemical. It is used by herbalists to treat everything from gastric ulcers, dysentry and skin conditions to chronic lung and respiratory illnesses. It is present in many plants, however White Mallow being so rich in it, is regarded as a medicinal substitute for the most popular mucilage-rich tree Ulmus fulva (Slippery Elm).

Althea also contains some minerals including selenium, magnesium and calcium, and flavonoids such as the inflammation-fighting quercetin. (4) What makes it such a useful skin healing plant is mainly the mucilage polysaccharides which when applied to the skin, produce a superficial healing layer that protects and nourishes the skin while enabling any wounds or inflammations to gently subside. This beautiful plant offers protection and nurturing for a baby’s delicate skin on so many levels. Biochemically through the healing mucilage and associated ingredients. Spiritually through the plants hearty softening essence. Symbolically as a gentle layer of protection between baby and the stimuli of the outside world.

According to the Roman, Pliny the Elder (AD 23-79), Althea officinalis brings a nourishing expansion to the soil in which it is grown. Pliny wrote about numerous uses of this versatile plant throughout Roman times, including during labour where placing mallows underneath the birthing stool would ensure speedy delivery, and after to help release the afterbirth. (3) This really is a healing plant for mothers and babies, and for all of us who seek heart and love in everything we do!

The Weleda White Mallow range is available for sale at HealthPost.co.nz now.