Aged Garlic Extract: For a Healthy Heart and Immune System 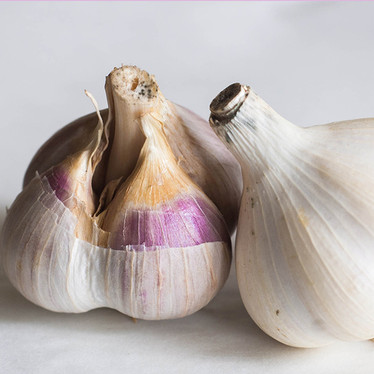 Quick – think of a herb that helps to support immunity!  If you’re like most people, you immediately thought of garlic; and if so, you were right.

Garlic has been a key ingredient in keeping people healthy around the world for millennia:

In other words Garlic has a very long, distinguished, and well respected history behind it.

There are just a few problems with relying on fresh garlic

Over the past two centuries, researchers have been trying to figure out why garlic has the effects it does.  Back in 1858, French scientist Louis Pasteur documented its immune power within laboratory conditions.

The problem that modern science has in building on this research is that the key compound responsible for garlic’s effect in a lab – allicin – is extremely unstable.  It breaks down quickly when it’s exposed to heat, which means you’d need to eat your garlic raw for it to have any effect. Raw garlic is far too harsh for most people to eat in any quantity – and of course, even if your stomach’s strong enough to handle it, there’s the issue of garlic breath.

Finally, the instability means that it’s almost impossible to know how much allicin survives inside your body after you’ve digested your raw garlic.

Aged Garlic Extract is a very different kind of garlic

In early 1950s post-war Japan, Dr Eugene Schnell – a German professor – was asked to find herbs that would restore the energy and vitality of the Japanese people. He discovered that putting fresh garlic through a natural aging and fermentation process produced a substance with very different properties to the raw ingredient.

Fresh garlic is full of harsh, unstable organosulfur compounds (including allicin). In fact, it’s these compounds that are responsible for the characteristic “garlic odour”. However, Dr Schnell’s natural aging process transformed these compounds into milder, odour-free, stable sulfur-containing amino acids such as S-allyl cysteine (SAC).  These amino acids have been show to play a key role in the effects of Aged Garlic Extract.

And the resulting product is so different to fresh garlic, that saying “Aged Garlic Extract is just garlic” is like saying that “wine is just grapes”.

How Aged Garlic Extract is made

The process for producing Aged Garlic Extract hasn’t changed much in the 60 years since Dr Schnell developed it.  Organically grown garlic cloves are still harvested, quality tested, and then cleaned and sliced.

The garlic slices are placed in stainless steel tanks, where they’re naturally aged under controlled conditions for up to 20 months.  The aged garlic is then extracted and concentrated, and finally dried.

Aged Garlic Extract is probably the most researched kind of garlic in existence.  Scientists have now published over 750 studies that explore its properties.

Some of the most exciting of these have been in the fields of immune health – especially for winter ills and chills – and heart health.  And several of the heart health studies show its ability to help maintain both healthy blood pressure and cholesterol levels.

Have you tried a garlic or aged garlic supplement before? What benefits were you hoping for, and did you experience them?

Garlic is an essential ingredient in many recipes…what’s your favourite?