Cod Liver Oil – without the blaaaach! 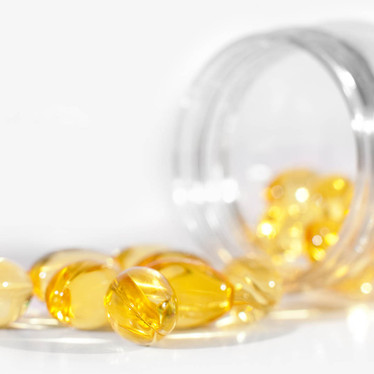 Cod liver oil is one of the most well-known home health remedies and a staple of the ‘cure-all' cabinet, although its taste and smell can be hard to get used to initially. While it’s notorious for being a bit a ‘nana’s cure’, science has shown that cod liver oil does contain some ingredients that could help boost your wellbeing.

If you’ve never taken this supplement before, now could be the time to start reconsidering your stance on the fishy favourite.

All about cod liver oil

This essential oil is extracted from the livers of the Atlantic cod species, otherwise known as Gadus morhua. For many years, cod liver oil has taken centre stage as one of the most-used traditional medicines. It was used to treat a variety of ailments and illnesses, even before scientists had officially uncovered the mix of nutrients contained within.

The oil was used extensively in England as a treatment for rheumatism, with this being the first documented use of the product in 1789. Cod liver oil was also used by fishermen who lived in coastal areas of Northern Europe. In some areas, the cod liver was considered to be a delicacy for people in ill health.

Throughout the years, as the medical community discovered more of the real benefits of the oil, it was also used to treat rickets (a softening or weakening of the bones in children) and other vitamin D deficiency related concerns.

What are the benefits?

The reason cod liver oil can be so effective lies in its high omega-3 content. These fatty acids have been gaining plenty of attention for their health-boosting properties, particularly in the area of the heart and the brain.

Cod liver oil is one of the richest sources of eicosapentaenoic acid (EPA) and docosahexaenoic acid (DHA), two types of omega-3 polyunsaturated fatty acids. Depending on the type of fish in the Gadus family used for extraction, cod liver oil generally contains around 50 per cent more DHA than EPA, while standard fish oil is the opposite.

Because of this high omega-3 content, cod liver oil may be helpful in treating a variety of modern-day conditions. It can help alleviate the stiffness, swelling and joint pain associated with arthritis through the anti-inflammatory properties of the fatty acids. Studies have shown that omega-3 fats may help release molecules that inhibit excessive inflammation in the body and support the body’s natural recovery process afterwards.

Omega-3s are also linked to improving heart health, by lowering the amount of LDL or ‘bad’ cholesterol in the body. Overly high LDL levels can be a risk factor for cardiovascular conditions, as it can obstruct the flow of blood around the heart and the rest of the body. As well as lowering LDL, omega-3 fats can help to improve HDL or ‘good’ cholesterol at the same time, aiding in better heart health.

Last but not least, omega-3 fatty acids may also help the development of the brain and preserve neurological function. Some studies show that a higher consumption of omega-3s may reduce the risk of vascular dementia and Alzheimer’s disease. This could be attributed to the DHA content, which plays a role in preserving the structure of the brain by increasing the fluidity of cell membranes. The more DHA incorporated into the membranes, the less susceptible they are to oxidative stress.

Cod liver oil isn’t only full of omega-3, however. It’s also rich in vitamins A and D, which explains why it was used to treat rickets. Vitamin D may also be important for cognitive performance, with a study from the University of Kentucky linking low levels of the vitamin to brain damage. According to one of the main researchers in that study, sufficient vitamin D levels are needed to prevent the effects of free radicals on the brain.

With science now proving the link between cod liver oil and its beneficial components, it could be the perfect opportunity to give this home remedy another chance.

Nordic Naturals Arctic-D Cod Liver Oil is like liquid sunshine for your body. That’s because it’s full of vitamin D, which primarily comes from sunshine. And like the sun, Arctic-D supports a variety of important body functions. Buy it now from our secure on-line shop.

Do you take cod liver oil regularly? If so what form do you prefer?

What benefits were you hoping for from taking cod liver oil and did you experience them?