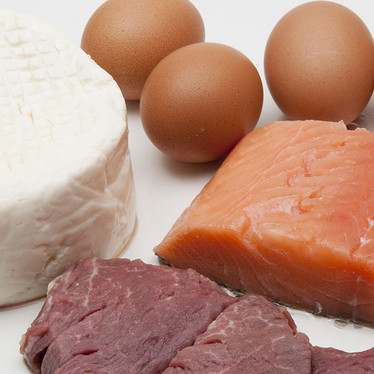 High protein, low-carbohydrate diets consisting primarily of meat, (eg. the Paleo Diet and the Dukkan Diet) are gaining popularity in Western countries, particularly as a weight-loss remedy. For most healthy people, a high-protein diet generally isn’t harmful if followed for a short time. However, research has shown that in the long-term, diets high in animal protein can be detrimental to your health and contribute to various diseases.

One of the most comprehensive studies in history to focus on this link is The China Study.  It was a research project that culminated in a 20-year partnership between Cornell University, Oxford University, and the Chinese Academy of Preventive Medicine. The project eventually produced more than 8000 statistically significant associations between various dietary factors and disease. Most significantly, the overall findings suggested that people who ate a larger proportion of animal-based foods had the most chronic diseases and conversely, people who ate more plant-based foods were the healthiest and tended to avoid chronic diseases. This research (and several further studies) associates the following health issues with a high animal protein diet.

It is now well known that high-protein diets (consisting of red meat and whole dairy products) are linked to high cholesterol. High cholesterol levels lead to an increased risk of developing heart disease, cancer and having a stroke. Caldwell B. Esselstyn, a physician and researcher at the renowned cardiac center, The Cleveland Clinic, treated 18 patients with established coronary disease, with a whole food, plant-based diet. Not only did the intervention stop the progression of the disease, but also 70 percent of the patients saw an opening of their clogged arteries. Dr. Dean Ornish, a graduate of Harvard Medical School, completed a similar study with consistent results.

High-protein diets have also been shown to cause people to excrete a large amount of calcium in their urine. Over a prolonged period of time, this can increase a person’s risk of osteoporosis and kidney stones. This is especially true if the protein is not balanced with enough good vegetables, especially green cruciferous vegetables, such as broccoli.

People who eat a largely meat based diet often do so in place of healthy carbohydrate-containing foods which contain vitamins, minerals, fiber, and antioxidants. A lack of these vital nutrients has been linked to certain types of cancers.

A large-scale American study has found that people with even a mild kidney condition could further damage them by adopting a high protein diet. The research by the Harvard School of Public Health in Boston found that high total protein intake, particularly animal protein, may accelerate loss of kidney function in women who had mild chronic kidney disease.

Beyond the health issues outlined above, research suggests that eating a high meat diet may contribute to diabetes, obesity, autoimmune diseases, bone, kidney, eye, and brain diseases. Remember, protein doesn’t just come from animal foods – we have a wonderful array of plant foods that also provide protein including pulses, grains and nuts.