Co-enzyme Q10 for Health and Energy 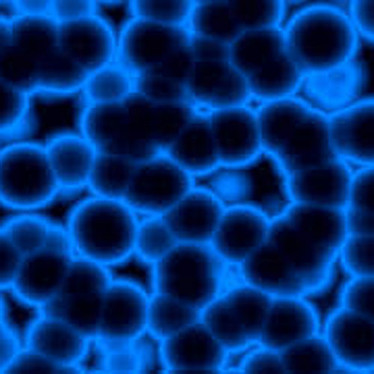 Co-enzyme Q10, often abbreviated to CoQ10, is also known as ubiquinone, ubidecarenone or vitamin Q.  Discovered in 1957, CoQ10 is a naturally occurring compound in our bodies that resemblesthe antioxidant vitamin E in its action, but with even more potential.Co-enzymes are necessary co-factors for enzymes to function.  CoQ10 is present in every cell of the body and also circulates via blood-borne lipoproteins; hence its name ubiquinone, describing the ubiquitous distribution of this chemically structured quinone.  CoQ10 is contained predominantly in the mitochondria of each cell.  As heart and liver cells have relatively more mitochondria, these organs contain more CoQ10 than other body tissues.

CoQ10 exists in the body in two forms.  Ubiquinone is the oxidised form and our bodies convert it into the reduced, active antioxidant form ubiquinol, which is vital for cellular energy production.   The CoQ10 circulating in the blood is mostly in the ubiquinol form (around 90% in people with good health).

Studies show in some disease states there is a lower level of blood ubiquinol, and a corresponding reduced ratio of ubiquinol to total CoQ10.  Researchers suggest that this ratio may be used as a measure of oxidative stress in the body.

What are the key factors influencing CoQ10 production in the body?

Each of our cells is capable of synthesising CoQ10 if the complex array of minerals, vitamins, amino acids and other nutrients needed as precursors and cofactors are available.  Thus a deficiency in any essential nutrient can result in reduced cellular production of CoQ10.

What are the two primary functions of CoQ10 in our body?

Energy production at cellular level and antioxidant protection from free radical damage are the two primary functions of CoQ10.

Within each cell of your body, the mitochondria are the powerhouses that generate the cell’s main source of energy in the form of adenosine triphosphate (ATP).  ATP powers much of the biochemical activity in the body, and fuels both muscle contraction and protein production.  ATP also provides reserve energy in your muscles and this is especially important in the heart muscle which is dependent on a constant supply of energy to keep it pumping.   CoQ10 is the vital catalyst in ATP production.  Without it ATP cannot be generated.

CoQ10’s antioxidant role in preventing free radical damage to tissues and within cells is the second crucial function, now scientifically accepted as one of the most important functions in cellular systems.  Free radicals are naturally occurring atoms or molecules that interact with oxygen.

Free radical formation increases in the presence of environmental toxins like UV light, radiation, smoking and industrial pollution.  In their free radical form atoms are highly reactive and destructive to cells.  They can damage cell membranes and DNA, and eventually cause the cell to mutate or die.  This contributes to the aging process and many disease processes, including heart disease and cancer.

Antioxidants neutralise free radicals and reduce their destructive effect on cells and tissues.  Among the range of antioxidants available, CoQ10 has a reputation as a potent free radical scavenger.

Which foods have high levels of CoQ10?

Most important with any source of CoQ10 is the requirement that it is a raw, fresh and unprocessed food.  Processes such as milling, canning, preserving or freezing, especially heating, change the structure and function of CoQ10 and therefore its viability.

Using foods grown in an unpolluted environment using sustainable harvesting methods is another important consideration when sourcing any dietary nutrient.

Can I get enough CoQ10 from my regular dietary intake?

CoQ10 is fat soluble and absorption is significantly enhanced when it is digested with fats or oils.

In a healthy person good quality dietary sources may provide adequate CoQ10 to supplement what your body produces, however where therapeutic amounts are needed to address low CoQ10 levels dietary sources are unlikely to supply enough.

How do I know if I have low CoQ10 levels?

If you are over the age of 40; or if you are chronically malnourished, and therefore deficient in the nutrients needed for healthy function, there is a good chance your CoQ10 levels are lower than necessary for optimal health.  Chronic malnourishment may sound rare and extreme – it’s neither.  In fact it’s a common condition of the 21st century lifestyle.  If you have experienced a high degree of stress over long periods, or suffer from any form of post-traumatic stress it’s likely your nutrient reserves have been seriously depleted, including CoQ10.  A blood test measuring CoQ10 plasma levels will provide a guideline.

In general, chronic low energy, a weakened immune system or any heart related condition could suggest low levels of CoQ10.  A range of indictors of varying severity could include physical exhaustion, mental fatigue, poor concentration, memory lapses, mood changes, migraines and chronic pain.   Chronic gum infections, high blood pressure, high cholesterol, diabetes and heart disease could also indicate a need for supplementation with CoQ10.  In all cases differential diagnosis with other causative factors is necessary before using CoQ10 in therapeutic doses, so a consultation with your health practitioner is recommended.

How is CoQ10 effective in heart disease?

Studies into various areas of heart health show a vital role for CoQ10.  When CoQ10 levels fall by 75% the heart may stop functioning.   For example supplementing CoQ10 within 3 days of a heart attack has been shown to significantly reduce risk of further heart attacks, chest pain and complications of heart disease.

In congestive heart failure, several clinical studies show effective outcomes, although others are less conclusive.  Therapeutic doses of CoQ10 may be required for several months before beneficial effects are achieved.

Taken prior to heart surgery, CoQ10 may support improved recovery outcomes.  Offering beneficial support to the heart and other tissues from the damage caused by some chemotherapy drugs has been an effective application of CoQ10 in several clinical studies.

CoQ10 supplementation is indicated for people taking cholesterol lowering drugs due to the depleting effect of Statins on CoQ10, and also to decrease muscle pain associated commonly with Statin treatment.  Also CoQ10 levels are often low in people with high cholesterol.

(*Please Note: that CoQ10 decreases the effectiveness of blood thinning drugs such as warfarin.)  Concomitant use with blood thinning medication is not recommended.

What other health benefits of CoQ10 are indicated by research?

I recommend you consult your health practitioner if you are considering adding a CoQ10 supplement to your current treatment regime for any of these conditions.

Which form is most effective?

There are three factors to consider when choosing your CoQ10 supplement.  The first is the molecular form of CoQ10 supplied, the second is whether it is a natural or synthesised CoQ10 and the third is the type of formulation used to provide it as a supplement.

Ubiquinol, the reduced and less stable form, is more recently available and more expensive to produce.  Ubiquinol provides CoQ10’s important antioxidant action.  If the supplement contains ubiquinol it will usually be stated on the label and reflected in a higher price.

Ubiquinone and ubiquinol are redox (reduction-oxidation) pairs, meaning they easily convert from one form to the other in the body, as required.

As a fat soluble compound, CoQ10 is best taken with a meal to improve absorption through the digestive tract.

What is safe and adequate supplementation?

Effective dosage will vary both with individual need and type of supplement taken.  Usual recommendations are between 100 mg and 300 mg daily although for some degenerative neurological conditions up to 1200 mg daily may be erecommended, in consultation with a health practitioner.  Consistent supplementation over several months is usually recommended to achieve the full benefit.

As previously mentioned, the coagulant effect of CoQ10 has been shown to decrease the effect of blood thinning drugs.  The action of some medical drugs can be enhanced with CoQ10 supplementation, allowing a reduction in dosage of the drug.   CoQ10 has also been shown to reduce the adverse effects of some drugs.

No toxicity or adverse effects have been reported over several decades of therapeutic application of CoQ10, so it is generally considered a well-tolerated and safe supplement.  At high dosage levels stomach upset has been reported in research cases.

Due to a lack of controlled studies into CoQ10 supplementation during pregnancy and breastfeeding, the usual cautionary approach is to recommend avoidance until research can evaluate possible adverse effects.  One clinical study published in 2009 found CoQ10 supplements beneficial in supporting pregnant women at risk of developing pre-eclampsia .  No adverse effects were reported.

BioBalance CoQ10 150mg in Flaxseed Oil is blended with flaxseed oil to provide improved assimilation in the body.  Buy it now from our secure on-line shop.