Do you want turmeric with that? 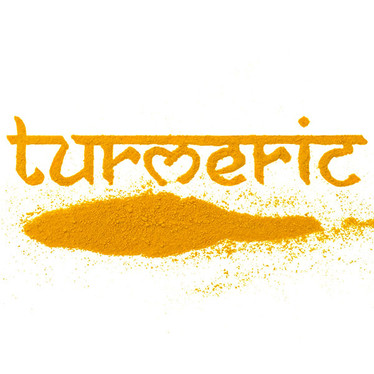 While its warm, peppery, bitter taste and golden colour makes turmeric a delicious addition to curry powders, cheeses and mustards, there is more to this herb than first meets the eye.

Here are some great reasons to include this Indian staple in your pantry or medicine cupboard.

Also known as jiang huang, haridra and Indian saffron, this herb is found throughout India, parts of Asia and Africa.

It comes from the ginger family and features finger-like underground stems, or rhizomes. These can be dried and consumed in powder form, added to capsules, made into teas or added to other liquid extracts.

Turmeric is a strong antioxidant and may help to reduce inflammation and prevent free radicals from causing too much damage in the body.

What are the traditional uses?

Traditionally used in Chinese, Indian and Ayurvedic medicine, the use of this herb dates back as far as the seventh century AD.

Medical practitioners used it to treat a wide range of ailments from fever, diarrhoea and parasitic worms to bronchitis, leprosy and bladder and kidney infections.

Some herbalists also applied a salve to bruises, leech bites and other skin conditions including mouth inflammation and festering eye infections.

Indian and Malaysian custom dictates applying a turmeric paste to the skin and the bright red mask you often see Hindu women wearing is sometimes created by mixing lime juice with turmeric.

What are the health benefits of Turmeric?

Turmeric's main component, curcumin, is believed to relieve inflammation and can also be used as an antiseptic.

It is often used in the treatment of digestive upsets, as curcumin can stimulate the gallbladder to produce more bile. As a result it can be used to treat heartburn, stomach pain, diarrhoea, intestinal gas, bloating as well as loss of appetite.

The German regulatory body responsible for approving herbs has included turmeric root as a treatment for upset stomach (dyspepsia) and loss of appetite.

Turmeric may help with bacterial and viral infections such as headaches, colds, bronchitis, and fever.

It can also be used to treat menstrual problems and may help to reduce bruises.

What have scientific studies revealed about turmeric?

Research from the University of Maryland reveals turmeric can be used to help sufferers deal with the pain and inflammation associated with osteoarthritis.

Pain from this condition can be severe, and research indicates turmeric could be as useful as ibuprofen to treat the pain caused by this condition.

In fact, researchers suggest it can be combined with the anti-inflammatory drug bromelain to make its effects stronger.

Curcumin has also been linked to cancer prevention and a UCLA study found when mixed with saliva it may be able to suppress a cell signalling pathway that encourages the growth of head and neck cancer.

Further research by the Virginia Commonwealth University reveals it could be used to kill cancer cells. The preclinical trial suggests it can be added to anti-nausea drug thalidomide to create hybrid molecules to kill multiple myeloma cells.

Other researchers have found promising leads that indicate curcumin could help to prevent Alzheimers disease.

This has a lower prevalence in Asia and India than other parts of the world and researchers examined those who ate curry regularly to see how they performed better on a standard test. Turmeric is one of the key ingredients in these hot dishes.

It turns out that those who chow down on curry have improved cognitive function than those who skip the spicy fare.

Those concerned about their hearts may be able to use turmeric to help reduce the risk of atherosclerosis, the build up of plaque that can lead to blocked arteries and cause a heart attack or stroke.

When animals were studied, turmeric was able to lower cholesterol levels and keep “bad” cholesterol from building up in blood vessels.

So if you’re looking for your next superfood, you can’t go wrong with this ancient spice.

Have you tried a turmeric supplement before? What benefits were you hoping for and did you experience them?