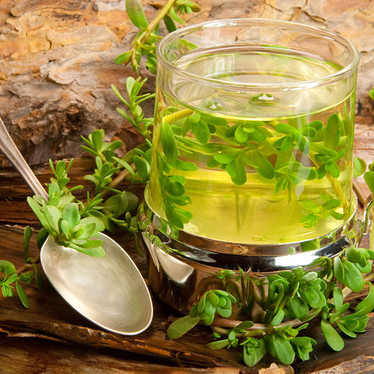 Brahmi is a medicinal herb with a long and powerful history, and while its fans have been praising its virtues, western circles are only just beginning to recognise it as a potential cognitive enhancer.

So, just what is Brahmi?

Used to treat a wide range of conditions, this herb is also known as bacopa monnieri, thyme-leaf gratiola, water hyssop and Indian pennywart.

This creeping herb is native to India and often found flourishing in muddy wetlands and bogs throughout Southern Asia. It features thick, crinkled stemmed leaves that grow in the shape of a fan. It also has white, blue or purplish pink flowers – although these are not used for medicinal purposes. It is often confused with gotu kola and other natural medicines that are sometimes also called Brahmi.

Most often, medicinal Brahmi is found in pill form, but it can also be found in capsules and as a powder.

Used since around 5000 BC by the Indian Ayurvedic system of medicine as a way to promote good mental health, Brahmi has long been considered a brain booster.

It has traditionally been used to improve memory, and intellect as well as promote longevity and vitality. Some people also used it to treat a low sex drive as it may have aphrodisiac qualities, while others suggest it can be used to lower anxiety.

However, its uses do not stop in the brain. Historically, it has also been used as a general tonic to boost blood circulation, and promote healthy lung, kidney and liver function.

Others used it to stimulate skin cell regeneration and growth and to treat eczema, ulceration and abscesses.

Known as the Queen of Ayurverda, Brahmi has many compounds that impact its performance. These may increase certain chemicals in the brain that are linked to learning, memory and thinking.

In fact, the compounds found in Brahmi might reduce depression and anxiety and aid memory, helping with delayed recall, memory loss and verbal learning. It may also  reduce the rate of short term forgetfulness and increase the speed of retention.

What are bacosides A and B?

Brahmi contains both bacosides A and B.

Bacoside A may be able to relax the aorta and veins, which is believed to stimulate circulation. This also allows the blood to flow more smoothly in the body.

On the other hand, bacoside B is a protein used to nourish nerve brain cells, which is why it has long been considered both a brain and nerve tonic.

One of the active substance properties found in Brahmi, this chemical is believed to affect the speed at which visual information is measured and processed in the brain.

It may help to improve both the learning rate as well as memory consolidation, according to a study entitled The Chronic Effects of an Extract of Bacopa Monniera (Brahmi) on Cognitive Function in Healthy Human Subjects.

Could this be the Alzheimer's break through you’ve been waiting for?

Studies have found a strong link between Brahmi and human memory.

A study published in the US National Library of Medicine in 2002 found Brahmi can help people to retain new information better. Researchers examined the memory of 76 adults aged between 40 and 65 and found Brahmi had a significant effect on short term memory. This could be a field of further study on Alzheimer’s in the future.

What happens when Brahmi is combined with ginkgo?

When extracts of Gingko biloba and Bacopa monniera are taken in conjunction, you may notice positive effects on your cognitive function.

Gingko is also believed to have an effect on cognitive processes and may be particularly beneficial during times of stress and anxiety.

Nature’s Own Mental Performance is a high potency combination of Brahmi, Ginkgo Biloba and Korean Ginseng. It helps to improve higher cognitive processes. Buy it now from our secure on-line shop.

Have you heard of, or used Brahmi before?

What benefits did you experience?