Get your zzzz’s with zizyphus 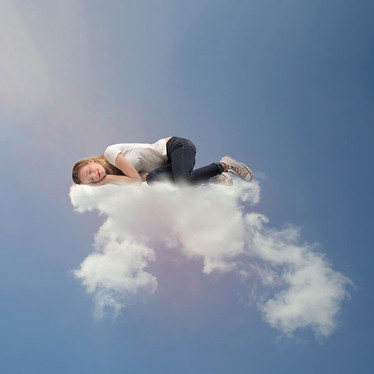 Do you find yourself staying up night after night, unable to fall into that coveted deep sleep? Perhaps it's stress at work causing you to toss and turn, or a conflict with someone close keeping you up at all hours.

Whatever the reason, it’s no fun when your brain won’t wind down long enough for you to catch some much needed shut eye. If you’ve ever been deprived of those golden hours of sleep you’ll know the effects aren’t great. Tiredness, fatigue and a general sluggishness in both mind and body make it hard to get up and go, much less perform at your best.

Sleep is essential for letting yourself rest and recharge, but it can be frustrating when you’re unable to drift off soundly. You could try all sorts of therapies, systems and routines to get your body to succumb to sleep, but why not start with something natural?

The zizyphus spinosa seed has long been used in Chinese traditional medicines, prescribed for everything from abdominal problems to general aches and pains. Today, it’s caught the attention of many in the Western world for its ability to target sleeplessness and insomnia.

What’s the buzz around zizyphus?

Zizyphus has been a common ingredient in Chinese herbal medicines for many years. It comes from the seed of either the zizyphus jujuba or zizyphus spinosa plant, the fruit of which is also known as the Chinese sour date.

The plant grows to a relatively short height of around one metre, with spiky green leaves and a distinctive round red or green fruit. In the past, Chinese herbalists used the zizyphus seed to treat weakness, fatigue, distress and insomnia, and it was also made into a tonic that was thought to promote longevity.

The seeds were usually stir-fried and then put aside to cool, before being given to patients to consume. While the pulp of the fruit has a sour taste, the seed itself has a mildly sweet flavour. The fried form of the herbs was thought to be particularly effective at calming and easing troubled patients.

Today, zizyphus continues to be used for its calming and even mildly sedative properties. The secret behind the herb’s effectiveness can probably be attributed to the powerful mix of phytochemicals contained within it, which includes alkaloids, flavonoids and triterpenoid saponins.

Zizyphus is rich in a particular form of triterpenes called jujubosides, which have been shown to have a sedative effect. Triterpenes are also thought to help calm anxiety and promote relaxation, which can in turn help achieve a better night’s sleep.

A clinical study looking into the effects of a blend of zizyphus spinosa seed with magnolia officinalis bark found 86.9 per cent of participants thought the herbal treatment was relaxing, and 82.8 per cent said it helped in achieving restful sleep. These scores were even higher in participants who took the treatment for a longer period of time.

Last but not least, zizyphus also contains flavonoids, a type of compound that is synthesised by plants. These are found in many fruit and vegetable food sources and are thought to be a type of antioxidant – a substance that protects cells from damage caused by free radicals.

While researchers are still uncovering the true extent of this herb’s potential, the sedative and sleep-inducing properties associated with it could help those suffering from constant sleepless nights. If you’re looking for something to help you sleep more deeply and wake up refreshed, zizyphus spinosa seed may be the answer.

Nature’s Own Complete Sleep Advanced contains three powerful ingredients, including Zizyphus, to help calm the nerves and mind, relieve irritability and help you fall asleep and stay asleep. Buy it now from our secure on-line shop.

Do you have trouble sleeping? What is the main cause of your sleeplessness?

Do you have any special routines or remedies that have helped you get a good nights sleep?