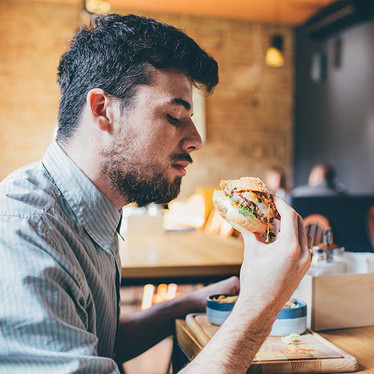 The number of people that are affected by modern health epidemics such as diabetes, obesity and heart disease is continuing to rise at an alarming rate. Research has been focusing on their direct correlation to our diets and lifestyle, and more recently, the effect that marketing and advertising has on behaviors that may influence our risk for developing these diseases. Increased attention is now being placed on looking at ways of preventing these illnesses through changes in our dietary and lifestyle habits.

Risk factors for many health epidemics are linked. For example, obesity increases the risk of many diseases including diabetes, high blood pressure, atherosclerosis, cardiovascular disease, strokes and some cancers. Many such diseases can be prevented with lifestyle changes, including proper nutrition and regular exercise. Effective weight management can improve a person’s sensitivity to insulin and glucose control. It is estimated that 80% of cardiovascular disease and Type 2 diabetes cases could be avoided if major risk factors were eliminated.

Research has demonstrated that people at risk of Type 2 diabetes can prevent or delay the condition by losing as little as 5% of their body weight.

Obesity rates in Australia have more than doubled over the past 20 years and Australia is now ranked as one of the fattest developed nations. Around 37% of Australians are overweight and 25% are obese.  Childhood obesity is a significant concern with around 21-25% of Australian children and adolescents now considered to be overweight or obese. Lifestyle factors known to increase the risk of obesity include;

There are two types of diabetes. Type 1 diabetes occurs when the body’s immune system destroys the cells of the pancreas that produce insulin. It is typically diagnosed in early childhood and genetic in nature, so not caused by diet. Type 2 diabetes is the most common form of diabetes and can be prevented in most cases. It develops when a person’s pancreas produces too little insulin or when the body is insensitive to the insulin that is produced. Although a small percentage of Type 2 cases are genetic, the overwhelming majority of cases are due to an unhealthy diet and very sedentary lifestyle. Regardless of the type of diabetes, everyone can help to control the condition by eating a balanced and nutritious diet.

The rise of Type 2 diabetes in children is a symptom of our modern lifestyles such as increased fast food accessibility and more sedentary ‘play’ activities than in previous generations. Research has also found strong associations between increases in advertising for ‘junk foods’ and rates of childhood obesity and diabetes. Prevention efforts should focus on reducing excess weight gain as children grow up as detrimental early behaviors increase the likelihood for developing further health complications growing up.