The Skinny on Saturated Fat: Yes, it’s Actually Good for You! 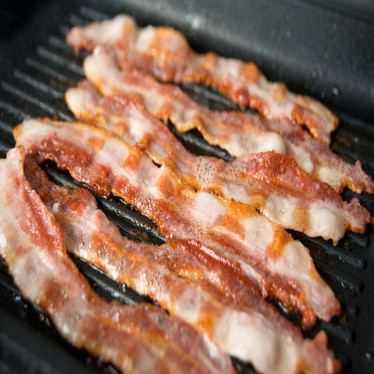 It seems paradoxical, especially after all we’ve been told about saturated fat and its adverse effect on cardiovascular health. The consensus used to be that saturated fat was the worst possible thing we could eat when it came to the wellbeing of our heart and circulatory system.

Since the late 60s and early 70s, there’s been a continuous witch hunt against saturated fat. From mainstream media to medical doctors to dieticians – the reality seemed clear; all fat that was saturated was bad for us.

Just like with our misinterpretation regarding cholesterol and our cardiovascular system, it turns out we’ve had all the facts wrong when it came to fats.

Why were Fats Demonised historically?

Like with cholesterol, it was the mainstream medical community that got it wrong on this issue.

The reason for this lies twofold, firstly, a landmark study that was conducted from 1968 to 1973, concluded that there was a correlation between coronary heart disease and total consumption of saturated fats. This is where it all started – what the researchers didn’t realise was that their conclusions were erroneous and that they had omitted large data sets that actually pointed out the opposite of what they were proclaiming.

Secondly, the mainstream media, prodded on by a food industry hell bent on bringing another product to the market, plugged the anti-fat sentiment into a public dialogue and in turn global consciousness.

30 years later, a retrospective analysis of research from the 1950s showed that people who had been consuming 90% fat-based meals lost more weight than those who were on strict carbohydrate or protein-based meals. In fact, in the US fat consumption in foods has dropped from 40% to 30% in the last 40 years due to the health warnings by medical professionals – obesity on the other hand has skyrocketed.

There’s a Real Killer on the Horizon, and Thy Name Be Sugar!

What food companies realised early on when they started following the directive from the National Medical Associations’ advice regarding saturated fats, was that food that had its fat content artificially removed, tasted really bad.

Yes, food companies realised one thing, and that was that sugar and other complex carbohydrates could mask the change in taste (due to the reduction of fat content in food). As a result, food companies went to town with sugar. Everything from meat to bread to potato chips was ‘fortified’ with sugar, and not just small amounts. Super high concentrations of sugar were added to all food groups. All to make food taste good – sweet food became even sweeter and even savoury food items were not exempt.

Next step was not surprising, in retrospect:

Heart failure, coronary artery disease and diabetes skyrocketed. Sugar is a major culprit in promoting diabetes and also exacerbating metabolic syndrome and other cardiovascular complications. When sugar enters the bloodstream, insulin levels rise – this results in the rapid storing of adipose (fatty) tissue in the body (as sugar and fat work in tandem) – when sugar is low fat is converted to energy and vice versa, when sugar is high, excess fat is stored by the body (for later use). The problem with the sugar –> energy conversion is that it converts less calories into energy, leaving you hungrier all the time.

Eventually the total metabolism slows down, when the body realises that there is not enough energy being produced to meet its daily needs – that's when we start eating more than our body can cope with. As this process continues and our bodies are increasingly fuelling our energy needs with sugar and carbohydrates, “insulin resistance” kicks in.

In conclusion, supplementing our food with excess sugar and other carbohydrates meant that our total calories consumption per meal actually went up significantly.

What is Saturated Fat? And Why did the Medical Community Deem them bad?

In chemistry, the term “saturated” has the same meaning as it does in regular terminology, it means that the fat is “full up” or has no space for any other molecules to bind with. Fats are made up of triglycerides; which in essence are made up of one glycerol molecule attached to three fatty acids – the glycerol molecule contains three carbons that are each attached to hydrogen and the fatty acids. The number of hydrogens determines the saturation level.

Medical doctors used to believe that saturated fats had no use in the body and as such they would just end up clogging the arteries and causing congestive heart failure among other cardiovascular complications. Polyunsaturated fats such as omega-3 fatty acids were believed to be good for the body because their carbons could still bond more hydrogens and as such were useful for the body.

This philosophy was partly right, yes, polyunsaturated fats are good for the body but so are the saturated varieties. It used to be believed that saturated fats increase LDL (low density lipoprotein) cholesterol levels in the body and that this was somehow linked to a rise in congestive heart failure due to the LDL cholesterol causing atherosclerosis in the arteries.

Why fat is good for you?

The Journal of the American Medical Association (JAMA) posted results from a recent study that showed that low fat diets actually worsen existing heart conditions and have dangerous effects on our entire circulatory system as well as our brain and mental functioning.

Without fatty diets, our livers can’t produce sufficient cholesterol for our body to work with and as a result, we get sick.

Fats in meat and butter cause us to be satiated more easily – meaning we eat less and are less hungry after we’ve eaten.

So whatever you do, don’t cut the fat from the meat – eat it, cherish it and accompany it with a big “fat” salad! Do it for your heart and brain’s sake..

Have you recently changed your diet to include more saturated fat – did you used to avoid it? If so, how has your body dealt with the change? Thanks for sharing your experience with us.