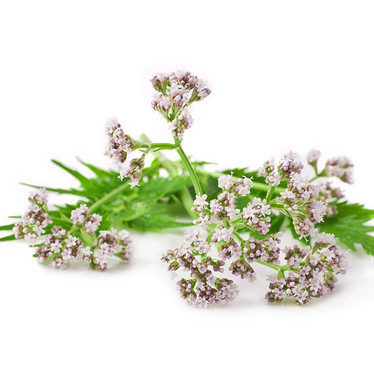 Is history on your side with Valerian?

Can you look to history to discover a way of easing insomnia, anxiety and restlessness? Valerian has been used to achieve all these ends – and more – since at least the second century AD, so read on to see if there is proof in the pudding.

A member of the valerianaceae family, Valerian is a perennial herb native to both Asia and Europe. It grows up to two feet tall and can also be used as a decoration in gardens as it features straight, hollow stems topped with umbrella-like heads as well as small, sweet-smelling white, pink or light purple flowers. Medicines are traditionally taken from its root and consumed by mouth.

It is also known as setwall in England, baldrianwurzel in German and phu in Greek. Its Latin name is Valerianae radix.

Some say it achieved the name phu because of its odour when dried, which has been compared to smelly socks!

The essential oils in Valerian have been proven to have a sedative effect on animals, according to the American National Institute of Health, but the root of this plant is also used to create supplements and can be made into teas and tinctures.

How has Valerian traditionally been used?

While it has long been used to help people get to sleep, it surged in popularity in the 17th century to treat stomach cramps.

Prior to this date, it was used to treat headaches, heart palpitations, nervousness and trembling.

It was used during World War II to help some citizens relieve the stress of air raids.

However, scientists are still researching the depth of these claims.

What can Valerian be used for?

Valerian may be able to help you relax, and could help you battle insomnia.

Some experts say the effectiveness of Valerian occurs if this supplement is taken continuously, as it may need to first build up in your system before you notice an effect. This means you may need to take it for a few weeks or even a month to help you sleep.

This idea was further enhanced by a German study published in the US National Library of Medicine, which compared Valerian to the anti-anxiety medication Oxazepam. It found people using Valerian experienced improved sleep quality. They reported feeling more rested and slept longer than those on the prescription drug.

Valerian can be a useful way to relieve stress and anxiety in social situations and help you achieve a better night's sleep.

When taken in conjunction with St John’s Wort, it might be able to help alleviate the symptoms of depression somewhat. However, the effect of sleepiness may be increased.

A 2009 study published in the US National Library of Medicine indicates Valerian could be used to reduce cramping associated with periods – reducing pain for many women.

It is also believed to help those with muscle spasms and some claim it can help you quit smoking, although there is not yet any scientific proof of this.

Before jumping on board the Valerian train, make sure you check whether it will interfere with any other medication you may be taking.

This herb may have an adverse effect if it is taken alongside certain sedatives and alcohol as it can cause sleepiness or drowsiness. This includes certain benzodiazepines and barbiturates or central nervous system depressants.

There is also some suggestion it can affect any medications broken down by the liver.

Care should be taken using these in conjunction with other supplements such as California poppy, Hops, Jamaican dogwood, Calamus, Kava, Melatonin, Sage and St John’s Wort amongst others as it can increase the sedative effects.

Individuals taking these medications or supplements should first consult their healthcare providers.

It is recommended that women who are pregnant or breastfeeding and children under three should avoid valerian as the potential risks for these groups have yet to be evaluated.

Nutra-Life Valerian 2000 Complex provides a blend of mild herbal sedatives to help calm and reduce nervousness and aid relaxation, especially in cases of sleep disorders. It can also can be used during the day for its calming and relaxing effects. Buy it now from our secure on-line shop.

Have you tried taking Valerian before? What was your main reason for taking it and did it work?

What other natural remedies do you find help you relax and sleep better?