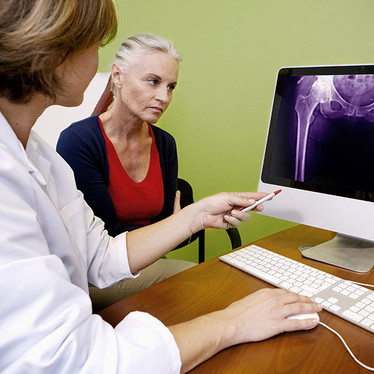 Bone density is an issue that continues to be on everyone’s lips when it comes to conditions such as Osteoporosis. According to the National Institute of Health and Welfare, an estimated 692,000 Australians (3.4% of the total population) had doctor- diagnosed cases of osteoporosis in 2007–08, of which women accounted for 81.9% of cases. Furthermore, the study suggested that Osteoporosis occurs mainly in people aged 55 years and over (1).

The role of Calcium and Vitamin D

When we hear of terms such as Bone Density, or conditions such as Osteoporosis, we are inclined to direct our attention to key nutrients such as Calcium and Vitamin D3. Both of which are important in the maintenance and development of bone health. It’s important to note that there are many different forms of Calcium compounds available such as Calcium Carbonate, Calcium Phosphate and Calcium Citrate to name a few. To maximise our utliisation of Calcium into our bones, it’s crucial to choose a form of Calcium that is easily absorbed and utilized by the body. Calcium Citrate fits the bill as the absorption of Calcium from Calcium Citrate has been shown to be well absorbed and utilised by the body (2). In order to digest and absorb a calcium source, one has to have a healthy level of stomach acid. Unfortunately, individuals such as the elderly (who are the largest consumer group when it comes to calcium supplements) are generally producing lower levels of stomach acid with age. Studies have shown that Calcium from Calcium Citrate is well absorbed in individuals with a lower than normal production of stomach acid (8).

Vitamin D plays a key role in enabling the utilisation and remodelling of bone in combination with Calcium. This is crucial as not only are the cases of osteoporosis on the rise, the cases of osteoporosis-associated fractures are also on the increase, where it has been found that up to 95-97% of individuals with osteoporotic fractures were confirmed to have Vitamin D deficiency. Therefore, it’s beneficial that Calcium is combined with Vitamin D (3).

You may be aware that Vitamin K1 has been readily available, either on its own or in various nutritional formulas, for quite some time but before I go into the differences between the two, let’s first look at Vitamin K’s role in the body.

Vitamin K has important roles within the body such as healthy blood clotting as well as improving bone mineralisation. As mentioned earlier, there are various forms such as K1 (which is sourced from mainly from green leafy vegetables) and K2 (which is produced by our gut bacteria within our Gastrointestinal Tract, and is also found in fermented foods such as cheese).

According to Dr Kate Rheaume-Bleue, a Naturopathic Physician from Canada and the author of the book Vitamin K2 and the Calcium Paradox, Vitamin K2 is a key nutrient when it comes to the subject of bone health as its role in the body is to guide Calcium into the areas of our body such as bones and teeth. Furthermore, she explains that K2 plays an important role in the prevention of deposition of calcium in areas such as arteries (4). Essentially, not only are we potentially improving the bone mineralisation and density of bones through Vitamin K2’s actions of moving calcium into bones and teeth, we could also potentially be reducing the chances of heart disease by preventing hardening of our arteries caused by calcium deposits.

We usually think of silica or silicon when it comes to the little packets of sachets you would find when opening up a brand new bottle of tablets, or when you buy new leather goods. It’s also an essential component when it comes to electrical components, especially those used in electronic devices such as computers.

When it comes to the human body, silica plays a crucial role in bone calcification. In other words, it works alongside Calcium and the vitamins K2 and D in improving bone density. Several human studies have confirmed that Silica plays a role in increasing bone mineral density, especially in areas such as the spine (5), femur or thigh bone (6) and the hips (7).

Bricks and Mortar….. and don’t forget about the Bricklayer!

When you think about the roles of nutrients such as Calcium, Vitamin D, Silica and Vitamin K2, picture the analogy of a building under construction. Namely the bricks, mortar and, of course, the bricklayer.

To summarise, it’s well known that nutrients such as Calcium and Vitamin D are essential for bone health. However, the utilisation of such important bone nutrients could not be complete with employing the ‘bricklayer’ in the form of Vitamin K2 to put it all together.

What do you do to look after your bones?

If you take bone health supplements what are they, and what benefits have you experienced?