What are Alzheimer’s and dementia, and how do they affect the brain? 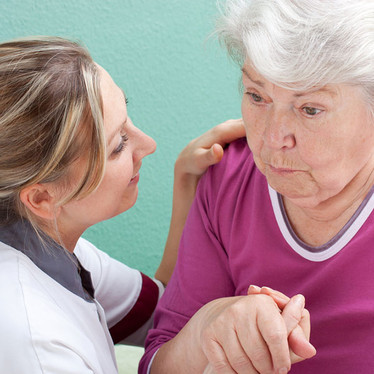 According to Alzheimer's New Zealand, dementia affects 1.1 per cent of the New Zealand population. Dementia, a term for degenerative brain diseases that impair basic mental processes such as memory, abstract thinking, reasoning and other brain functions, is a widespread problem that directly affects about 40,000 Kiwis each year. That figure doesn’t even include indirectly affected family members and friends.

Dementia is a scary topic for many families to discuss. In some forms – such as with Alzheimer’s – it is incurable. Scientists are continuing to search for potential cures, but in the meantime, they have discovered a few ways to help reduce some negative effects of dementia.

The majority of dementia cases are caused by abnormal protein structures in certain areas of the brain, according to the University of Maryland Medical Center. There are a few conditions that have been linked to dementia, including Huntington’s disease, multiple sclerosis, human immunodeficiency virus (HIV), acquired immune deficiency syndrome (AIDS), Parkinson’s disease and various brain injuries. Researchers have also detected links between some preventable or treatable diseases – notably brain injuries and tumours, alcohol abuse, vitamin B12 deficiency and blood sugar problems –  and dementia.

Alzheimer’s is the most common form of dementia. Its cause is still unknown, with the only predictable risk factor appearing to be age. People over the age of 85 become significantly more likely to develop Alzheimer’s disease. Genetics play a role in early-onset Alzheimer’s, but only one gene has ever been linked to late-onset Alzheimer’s, according to the University of Maryland Medical Center.

What is known about Alzheimer’s is that there are three trademark brain changes that occur during the disease. The sufferer’s brain develops amyloid plaques between neurons. This can translate into a reduction in the brain’s levels of acetylcholine, a neurotransmitter essential for learning and memory.

The Alzheimer’s-affected brain also shows the presence of neurofibrillary tangles – damaged microtubes that are responsible passing nutrients on to the neurons.

Finally, the nerve cells in an Alzheimer’s patient’s brain are depleted. Neurons die off without the essential nutrients that they need to function.

Symptoms of Alzheimer’s and dementia

Certain levels of forgetfulness are a natural part of ageing. It can sometimes be difficult to distinguish between serious dementia problems and normal levels of age-related memory loss.

A few common side effects of true Alzheimer’s disease and dementia include loss of the ability to concentrate, impaired judgement, serious confusion (such as not knowing where one is), struggles with language and speaking skills, dramatic mood changes or depression, loss of perception and difficulty making decisions.

With degenerative diseases such as dementia, there is an inevitability of decline. However, doctors may be able to help slow the progression of these diseases or ease the burdens or dementia sufferers.

Some mental exercises can affect the rapidity of dementia progression. There are also some medications that trigger dementia, which doctors may opt to take off of patients’ regimes.

Some research has shown that certain lifestyle factors may have an impact on preventing the development of dementia and Alzheimer’s. The source states that eating a healthy diet, staying mentally, physically and socially active, and maintaining a healthy weight all provide benefits for prevention.

Clinicians Brain Boost with Cognizin contains Citicoline, a natural “brain nutrient” which supports healthy mental clarity and focus. In healthy individuals citicoline has been shown to reduce age related changes in the brain, in particular memory recall (which is thought to be a precursor to dementia). Buy it now from our secure online shop.