Laughter is the Best Medicine, quite literally 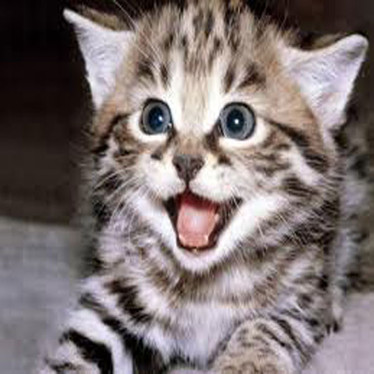 The term “worried me sick” is not to be read as an idiom. It is actually quite an apt descriptor of how our immune system works – how it is intricately connected to our nervous system and how both of these dictate what is going on in our system. The scientific discipline of Psychoneuroimmunology (PNI) is a relatively new field in medicine – getting more and more attention worldwide.

Once heralded as one of the pariahs of medical research and laughing stock (pun intended) of scientific investigation, psychoneuroimmunology is now steadily becoming a recognised stalwart of how our species' collective views on health and medicine are evolving in the 21st century.

In October 2013 the distinguished science journal Nature published a major editorial, dedicated to the topic of PNI and in particular how our psychology (moods and perception of the world) has the ability to convey major health benefits as well as pitfalls to our sensitive immune systems.

Our two brains are wired to our immune system

Yes, we have two brains. The one we all know about, the one that resides inside our cranium; responsible for memory acquisition, cognition and a bunch of other important things. This brain is heavily influenced by what goes in our second brain – the one that lies in our intestines – or, gut. Both of these brains influence our moods, our behaviour, our perception of the world, and yes, collectively these have an enormous impact on how immune system reacts and responds to infections and states of unbalance in our system in general.

In the late 1980s and early 90s, significant advances in neuroscience and diagnostic imaging techniques showed how our brain is directly wired to our immune system. These findings showed how our nervous system is connected with important immunological organs such as the thymus, bone marrow, spleen and in turn, that our immune cells have receptors for various important neurotransmitters. What the researchers of the time weren’t sure of, was exactly how this relationship manifested itself in ‘reality’.

Current scientific research is now proving that people with a positive outlook on life tend to live healthier and longer lives than those with a more pessimistic view of reality. And conversely, people who are negative and stressed a lot, appear to succumb to simple illnesses more virulently than their smiling counterparts.

Happiness after all, is a state of mind

Having relied primarily on anecdotal evidence in the past, the burgeoning field of PNI has a long history of people ‘talking’ about how happiness and in particular laughter, influence their health and general well being positively and now this evidence is being proven in scientific studies. Yes, PNI has been validated empirically.

The placebo is one of those intangibles in science. It has been a mainstay of every single clinical trial conducted over the last several decades – used as a benchmark for whether or not a drug does or does not work.

Researchers in the US looked at varying factors that influenced overall happiness and stress levels. They looked at cortisol in particular, the hormone that helps us wake up in the morning as well make us stressed during times of unease. They looked at how cortisol affected the immune system. What was discovered was actually quite incredible, higher concentrations of cortisol in the bloodstream appeared to result in a decreased immune response during infection and an increased immune response during periods of no infection, as evidenced by a rise in inflammatory cytokines (immunological messengers).

These researchers also did case studies of people living in isolation and discovered that sicknesses and decreased immunosurveillance (T-cells and B-cells monitoring the blood stream) were more prevalent in people who lived without contact with other human beings. This seems quite obvious but why would this be true?

One consensus was that lonely people could possibly eat less or less nutritious food than their sociable counterparts but this was quickly refuted in clinical studies. What was discovered was that lonely people were by and large unhappier than people who surrounded themselves with friends and family and that this state of unhappiness manifested itself in their genetics. Not any old genes either, the researchers found that out of the 209 genes identified in the ‘lonely cohort’, over 200 were related to inflammatory responses.

Randomised, clinical trials have attempted to see if these adverse (pro-inflammatory) gene expression profiles could be altered or possibly even reversed through certain behavioural changes. These studies investigated social careworkers who were under stress and also lonely individuals. These studies showed that in lobnely and stressed people with gene expression profiles that favoured pro-inflammatory pathways, the gene expression changed after short courses in meditation and mindfulness based behavioural therapy.

In individuals who practiced consistent, daily meditation, the expression of genes within their white blood cells switched from being pro-inflammatory to being anti-viral. In another, more sensitive trial, women with early stage breast cancer who used established stress management techniques, saw not only their gene expression change away from inflammation but also a lower rate of metastases than the women who didn’t employ any behavioural techniques. The conclusion from the lead investigator of this trial was that “mood matters” and that psychology had the ability to influence physiological paradigms.

This information won’t be news to people who have always endorsed the notion that our mood and psychological disposition influence our bodies. As mentioned in the intro, these ‘beliefs’ have relied heavily on anecdotal evidence in the past. This type of evidence isn’t enough to influence best medical practice or even bring about paradigm shifts within the medical establishment.

However, with PNI now becoming more accepted in mainstream medicine, it appears that for the first time in history, we are actually managing to validate these claims empirically, allowing fields of study such as psychoneuroimmunology to move from the realm of “quack” science, to more established and respected disciplines. Articles like the one that appeared in Nature in late 2013 are helping spread the word and also to attract more funding, hereby enabling large scale clinical trials to take place and add more merit to the claims.

So, in light of all this, it would make sense for us to heed the wisdom of Bobby McFerrin, who sang the truth those many moons ago, yes indeed;

What are your thoughts on positivity and happiness being linked to health? Do you have any stories/experiences about how you’ve witnessed this in your own life? Thanks for sharing